What Mature ISVs Can Learn From A Startup Demo Day 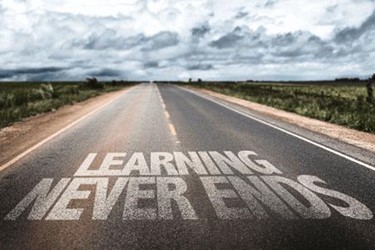 I attended a software startup demo day last week, and I wish every mature, established ISV could have been there to experience the infectious energy of young, aspiring, innovative entrepreneurs. The event was hosted by Pittsburgh-based AlphaLab, the software division of Innovation Works. AlphaLab was recently named one of the top 30 startup accelerators according to Forbes and the Seed Accelerator Rankings Project.

The seven startups and their founders who took the stage created an atmosphere that felt like a first day of school. The buzz in the room wasn’t just because the demo day was held in an indoor/outdoor entertainment complex that’s home to dozens of rock concerts every year. It was because these founders are capitalizing on important trends in the tech space. Even though some of the startups were pre-launch or very early stage, there are a few takeaways relevant to larger, older software companies.

Artificial intelligence and machine learning software companies have raked in $9.5 billion in VC investment in 2017, up nearly 200 percent since 2014 according to VentureBeat. Frost & Sullivan puts AI at the top of its hottest trends list in 2017. A VP from M&A Advisory firm, the Corum Group, who spoke at our ISV Insights event in October warned legacy software companies that they’d better find an AI play in the next five years or they’ll have a tough time finding a buyer period.

You get the point. AI is a hot commodity, and these startups know it. There were companies on stage showing off machine learning backed technology to teach music, prevent overdose relapses, increase e-commerce conversions, and maximize battery longevity. Sure, the technology can be hard to build, hard to price, and hard to sell, but AI software is no longer an emerging trend, it’s a present reality that established companies need to start thinking about.

Reading through the boilerplate descriptions of some of these startups had me scratching my head at first. The market size and potential to scale wasn’t jumping off the page for me. Then I talked to founders at two of the startups who had dollar signs in their eyes when they explained how they could potentially monetize data. One startup creates video games designed to test and identify career aptitude, and the back end data for recruiters and trade organizations is gold. Another offers a platform for alternative SMB financing, and the potential to harness customer data for those SMB’s is infinite.

There are plenty of software companies that aren’t designed to monetize data who could take a page out of these books.  Find what data you have that you’re not using, find a way for your sales and customer success team to influence with it, and then find a way to leverage it to make more money and provide more value to your existing customers.

I’m sure there are plenty of successful tech companies who would refute this. The ecosystem in Silicon Valley does come with its perks, and networking opportunities are easy to come by. But one founder I talked to laughed about the burn rate on the West Coast compared to western Pennsylvania. This company is a Y Combinator alum that spent several years in that mythical Silicon Valley ecosystem before moving back east. Cities like Pittsburgh aren’t trying to be the next Silicon Valley, but they are continuing to stand on their own as a healthy place to groom entrepreneurial talent. Consider that Innovation Works, the group that oversees the AlphaLab program, has helped companies secure more than $2 billion in follow-on funding. It’s also first on the list of most active investors in US-based seed rounds since the start of January (beating out household names like Techstars, Y Combinator, and 500 Startups). When you consider the cost of living in Pittsburgh is estimated between 44 to 50 percent lower than San Francisco and its surrounding areas, it’s no wonder startups are looking for alternative places to grow.

The seven software startups at AlphaLab’s demo day might not be in your industry. And if they are, they might not be threats to you yet. But if you’re an old-school ISV who thinks competition is going to get less intense, you’d be very wrong. There are dozens and dozens of incubator and accelerator programs like AlphaLab, and these programs get thousands of applications each year. This doesn’t include the thousands of other software companies who get off the ground outside of these programs. AngelList has nearly 80,000 enterprise software startups in its database just waiting to take away your market share. ISVs can’t afford to be stuck in a rut with so many hungry entrepreneurs chasing them down. It’s time to innovate with machine learning and hone the power of your data regardless of where your software company is headquartered.