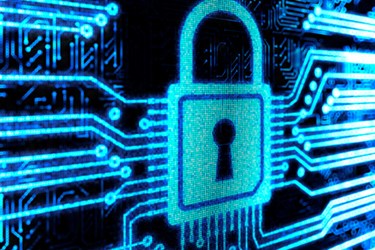 With this certification, ScanSource is now able to provide key injections for certified P2PE solutions providers. “This allows resellers, processors, and other providers to purchase fully configured payment and POS solutions and have them shipped directly to their end users, simplifying logistics, eliminating costs, and speeding up delivery.

A point-to-point encryption solution includes a combination of secure devices, processes, and applications that encrypt data from a point of interaction until the data reaches the end user’s secure environment, offering enhanced security and management of encrypted and decrypted data. This P2PE certification ensures that ScanSource meets all of the necessary requirements for the protection of payment processing data.

Equinox Payments announced that all Equinox terminal solutions are now integrated with Android Pay, allowing retailers to provide an improved checkout experience to their customers. Equinox believes it is the first terminal provider to implement Android Pay’s newest version of this technology across all its product lines.

Members of retailers’ loyalty programs, such as Walgreens Balance Rewards, seamlessly add information into their Android Pay wallet. Once at the point of sale, a tap of their phone at the terminal conveys loyalty, coupon, or gift card information so members can earn points or have discounts applied. A second tap applies payment from the card of their choice. Alternatively, retailers can choose to have loyalty and payment information conveyed in a single tap.

Retailers and software developers that create solutions on Equinox’s Apollo, L5000, and Luxe terminal lines are eligible to use this latest Android Pay technology. A few steps must be performed to implement the technology and activate features aligned with specific loyalty programs.

Harbortouch recently announced the expansion of its POS-as-a-Service program with the launch of a new software suite for the salon and spa industries, which will run on a new hardware platform. Harbortouch Salon & Spa represents Harbortouch’s entrance into an entirely new vertical with more than 82,000 locations in the United States. The new offering expands the company’s POS-as-a-Service program to a market that many believe has been underserved until now. The software suite includes a range of industry-specific features such as an appointment calendar, walk-in management, multistation support, and email/text reminders. It also supports retail sales and has remote reporting capabilities through Harbortouch Lighthouse.

This package will be offered with no up-front costs at $69/month, which includes the software, hardware, installation, and training.

Harbortouch Salon & Spa will run on a new hardware platform called Elite III. This hardware offers a brushed aluminum design as well as an improved touch screen and a more powerful processor than the previous Elite platform.

In March 2016, Bematech created KitchenGo Ticket, a KDS (kitchen display system) that provided basic features such as order ticketing, timing, bump, and ticket recall. This software can be used alongside an existing printer or in place of a kitchen printer, saving money on printer and paper costs. The next step up from the KitchenGo Ticket application is KitchenGo Premium, which the company just launched, and provides a more feature-rich and robust platform.

Epson America recently introduced its new flagship OmniLink TM-T88VI, the latest addition to Epson’s family of OmniLink intelligent POS printers. The printer is designed for merchants in high-volume retail, hospitality, and financial institutions where advanced connectivity and speed of checkout is critical. The company has also added the OmniLink TM-T88VI-i printers, which extend connectivity to POS peripherals in mobile POS environments and improve storage capacity for local apps and web server support.

OmniLink TM-T88VI key features include multi-interface connectivity that allows the printer to be dynamically shared between legacy PC-POS terminals, tablet, and mobile devices as well as the ability to print from cloud servers; standard triple interfaces (USB, Ethernet, and the Connect-It module port); and Epson’s ePOS Print technology to support printing from web-based applications. Additionally, the printer has many other features such as NFC and beacon support and cloud capabilities.

Epson also introduced its new TM-T20II Ethernet Plus single station thermal receipt printer. Designed for small to midsize retail and hospitality businesses, it offers connectivity for printing directly from tablets, mobile devices, and web-based applications. It also enables customers to add wireless connectivity without having to replace their printers or interfaces.

TM-T20II Ethernet Plus key features include built-in Ethernet and a USB host port providing merchants with the ability to add wireless connectivity through an Epson wireless adapter, connectivity of mobile devices over the wireless network using Epson’s “Simple AP” functionality, and options to reduce paper usage by up to 30 percent.

Star Micronics has announced that Elo and e-Nabler Corp. have come together to create a certified fully integrated mPOS solution. The solution includes the Elo I-Series for Android tablets running eMobilePOS atop the new Elo mPOS printer flip stand that houses a Star Micronics printer. The space-saving, full-feature POS with commercial-grade durability is designed for retail, hospitality, venues, and more.

eMobilePOS provides a range of POS software capabilities, including EMV payments, fully integrated gift and loyalty features, and inventory control with the ability to operate in both online and offline mode. The Elo I-Series Android tablet is paired with Elo’s new mPOS flip printer stand for the Star TSP100III and TSP650II printers. The flip stand houses an optional expansion module with I/O ports that enable support for multiple POS peripherals. This mPOS solution is designed for small counter spaces with integrated cable management and a clutter-free appearance. Both Star’s TSP100III and TSP650II printer series offer a variety of interface options.

eMobilePOS also features a kiosk interface, and when paired with EloView, the I-Series tablet can be locked down for secure use in public environments, allowing an employee-operated POS terminal to be transformed to kiosk-mode for self-service checkout. In addition, EloView enables remote content deployment for kiosk-based applications to multiple locations instantly.