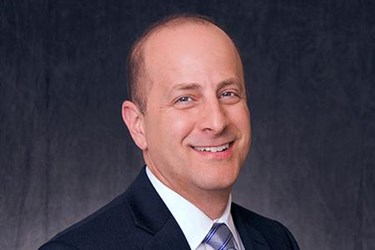 During a recent chat with ex-marine and current president of MSP Carolinas IT Mark Cavaliero, I made the mistake of asking him what keeps him up at night. “Nothing,” he said. “We’re running smoothly and I sleep great at night.”

How cliché of me to ask that question anyway. Cavaliero was far more inclined to chat up the things that are bringing him peace of mind right now, and the way he’s rewarding his employees for their hard work.

Now, I admit that I made another presumptuous mistake during my chat with Cavaliero. I assumed that leadership rooted in Marine Corps values might be pretty tough to work for. Cavaliero set me straight on that right away. Yes, discipline is important and he expects a lot from his team. But, what sets Marines and the Marine mentality apart, he says , are attributes like adaptability and innovation. Greatness in the Marines, he explains, is about bringing something new to the battle, task, or mission. Showing the enemy or the boss (or the client, as it were) something they haven’t seen before.

“We drive the concept of differentiation into our culture. We encourage team members to seek and to be something different, to do and to offer something special , something that other people aren’t doing,” says Cavaliero. “We reward adaptation. We rebuke canned solutions.”

Mind you, it’s easy for a CEP to brag up his company’s culture. Platitudes about differentiation are a dime a dozen. But Cavaliero offers several examples of his company walking the talk. Like the unorthodox ways he expresses his appreciation to his staff. Try this one on for size—he recently bought them a lake house.

Yes, the company offers flex time, the dress code is casual, and any given day might turn into an impromptu chili cook-off or an ice cream social. Those are all fun spiffs that are easy enough to implement anywhere. But this guy bought his company a damn lake house.

“Working here isn’t all about the perks,” says Cavaliero, “but we’ve got to move pretty far outside the box to attract and retain good tech talent.” That’s a de facto standard of recruiting and keeping good help when you do business in the backyard of Research Triangle Park. “SAS, Cisco, Citrix, Red Hat, Lenovo, IBM, they’re all right here, and we’re competing with all of them for talent.” He admits that it’s hard keeping the right and best people on his team, that the job is never done. But, he’s also quick to point out that he feels better about the people he has in place now than he has at any point in the company’s 22-year history.

When it’s all said and done, Cavaliero says creating an environment where innovative people want to work is the secret to successful differentiation in the MSP business. “Our differentiators have very little to do with technology,” he says. “The tech part is a given. We’re not doing anything crazy here short of some innovative integration. Our ‘wow’ factor is our people—that they do what they say they’ll do, when they say they will, and they’ll exceed expectations every step of the way.”  And, as long as Cavaliero’s in charge of the platoon, they’ll be handsomely rewarded as well.