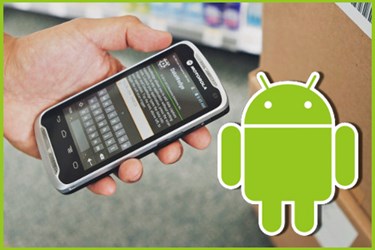 Last week I attended Motorola’s annual Partner Expo in Las Vegas. Over the three days at the event, I learned a lot about Motorola’s initiatives for 2014. One thing I found particularly interesting was Moto’s plans concerning mobile device operating systems (OS).

In the past, Motorola devices have run various versions of Microsoft’s operating systems. As we all know, in recent years the mobile world has been overrun with devices running iOS and Android, but primarily on the consumer side.

Motorola has adopted Android as an option for a few of its enterprise-class devices (TC55, ET1, MC40, and MC67), but make no mistake, Microsoft’s OSs have been the dominant platform for the company’s mobile computers. Until now.

The Rise Of Android
While the ISV community waited the past couple years to see how Microsoft might give us a new version of Windows, Android grew in market share (now at 80% share) and in features and functionality.

The result is Motorola is now embracing Android. Three additional Android devices are expected in 2014. One big selling point of Android is, since the OS has gained widespread acceptance, the interface will be familiar to users and something younger workers prefer.

Preference is great, but unfortunately, the vanilla version of Android lacks some key features business users would find necessary. Therefore, Motorola has created Mx, which are extensions to beef up Android to an enterprise level. For example, there are extensions to enable support of business-class Wi-Fi, add security to devices, tap into data collection functionality, and enable remote management of the mobile devices.

One troublesome aspect of Android is the fast pace at which Google releases updates. Microsoft does release updates, but not entirely new versions as often as Google does for Android. To manage the updates, I've been told that Motorola's plan is to update Android every other version. While some consumers would balk at such a notion for their personal smart phones, let's be real. Android updates, for the most part, are incremental and users of Motorola devices shouldn't find their devices lacking in functionality due to it being, at most, one version behind. I'm sure if a version provided ground-breaking new features, Motorola would make an exception to its rule.

Is Motorola Leaving Behind Its Microsoft Partners?
So, what about software vendors that have developed their apps for Windows? First, Motorola isn’t abandoning Microsoft. Windows OSs will still be supported, as will future versions Microsoft releases. Second, support for Android (and whatever OS might pop up in the future), is one of the big reasons behind Motorola’s RhoMobile Suite. This suite allows ISVs to develop once and then let RhoElements and related Rho products handle the job of getting the software to work on various OSs. Those ISVs already working on the Rho platform will be ready for whatever OS Motorola decides to support.

Beyond that, Motorola plans to offer extensive training and tools to help ISVs develop for Android. I’d expect Moto’s AppForum 2014 to have a lot of content centered on Android development.

If you’ve read this far, there’s a good chance you’re a developer. Here’s some bonus scoop from Motorola’s Partner Expo: Moto is looking for companies with deep vertical knowledge, particularly in its growth verticals of healthcare, hospitality, and manufacturing. If you’re a developer in these markets (or retail or government, of course), you should consider reaching out to Motorola to become a partner. If you’re interested, let me know and I’ll put you in touch with the right person.