Leadership Is Recognizing You Serve The People You Lead 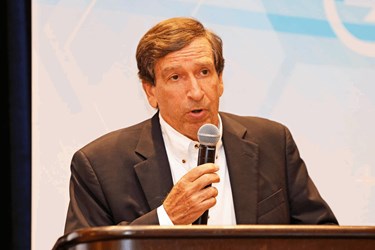 Alan Weinberger founded The ASCII Group, a community of technical companies that install IT networks and full IT solutions in the business, government, and educational verticals, in 1984. At the time, there were 40 members, but ASCII now claims members in every U.S. state and throughout Canada. You no doubt already know the story of ASCII’s rise to nearly 1,500 members over the past 33 years. What you may not know, as Paul Harvey would say, it the rest of the story.

As with any organization that experienced slow, steady growth, The ASCII Group reached its status as one of the industry premier organizations by listening — a philosophy founder and CEO Alan Weinberger values and respects. “We just went with the flow of where the industry is going,” Weinberger says. “We don’t have a product — we’re charging a monthly fee so the value we provided 10 years ago has to be different than it is today because the industry is constantly changing. We can’t just say, ‘We’re going to do this’ and set the market like Microsoft. We have to go with the market.”

As Weinberger points out, ASCII isn’t a product— it’s a community that on a daily basis gauges what is happening in the market and reacts instantaneously. “We’re entrepreneurial,” says Weinberger, “but we don’t want to conflict with the ideals of our base foundation. This why we don’t own any MSPs — we don’t do anything to hurt our member’s business. We’re not doing anything unethical to hurt the industry or our reputation in the industry.”