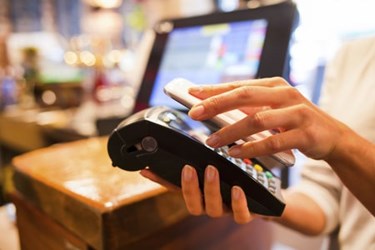 With Android Pay, users can upload any credit or debit card to their phones. They then can use their phones to make tap-and-go digital payments at more than 700,000 retail stores in the U.S. that have point of sale systems (POS) equipped with near field communication technology (NFC).

There are a number of similarities between the popular Apple Pay launched last year and the Android Pay such as tap-and-go payment and using POS systems to power payments within apps. Google announced Android Pay will incorporate fingerprint biometrics to authenticate payments, much like Apple Pay’s Touch ID technology.

The Android Official Blog states that select retailers have enabled loyalty points and special offers to automatically be applied at the checkout with Android Pay.

The blog also states Android Pay is secure, employing tokenization and never sharing the actual payment card number with merchants. Ifa phone is lost or stolen, the owner can use Android Device Manager to instantly lock it, change passwords, or wipe it.

Google has spent years developing solutions for the mobile wallet. It launched Google Wallet in 2011 as a way to pay for goods with Android phones, only to pull the plug on it in November of 2014, citing a maturing industry as the reason for the cancellation, according to CNBC. In some ways, Android Pay could be considered an iteration of Google Wallet, which also used NFC technology at launch.

Android Pay will be available to U.S. Android users in the coming months. Google Wallet will continue to exist in parallel with Pay for the time being, but its focus is now peer-to-peer payments.

A study from 451 Research released in April found Apple Pay was leading the competition among mobile payment apps, with PayPal in second place. The report states, “Moving forward, the pace of activity will only accelerate as vendors look to capitalize on the growing contactless payments infrastructure and secure a foothold in this rapidly evolving sector.”