Why Test Automation Is The Way For VARs To Go 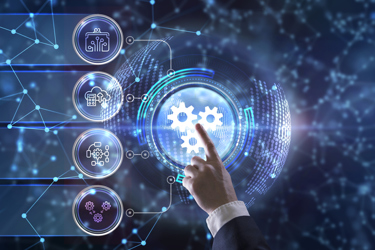 Today, businesses view holistic software solutions as one of the main enablers of strong and balanced growth. It pushes software development VARs to switch from offering individual features to providing customized products that connect devices and apps, integrate third-party systems, give access to real-time analytics, and let businesses expand as they stay flexible during economic uncertainty.

Continuous solution optimization and personalization based on consumer trends and requirements call for a new approach to software development. One of the tools that can come in handy in such a fluctuating environment is testing automation. Let’s talk about this testing method and its major use cases.

First, it’s important to understand that test automation is not a panacea. It’s not that you get a testing tool and can run all the tests just by pushing one button. Automated testing is successful when carefully combined with manual testing, applied in certain situations, and directed at certain results, such as:

Automated testing indeed involves high initial investments, but as long as quality assurance requires less time and resources, it can yield a high ROI in the long run.

3 Major Use Cases Of Automated Testing

It usually makes sense to implement automated tests when they can considerably cut the overall testing time and project cost. Here are three major factors that can determine your need for implementing test automation.

A growing solution with multiple subsystems and versions requires an increasing number of test cases. As a result, manual testing can end up taking such a great manual effort and time that there’s a need for expanding a QA team. Automated tests can help reduce redundant testing and speed up repetitive tests that stay relatively unchanged from one cycle to another. What’s more, it allows running multiple types of similar test cases simultaneously with a single script.

Another scenario of using automated tests is an extensive team of developers who simultaneously introduce changes and need to be sure that they don’t affect code and that zero bugs will slip into production.

Automated tests also help testers and developers check backend processes, file logging, and databases. What’s more, when some features should be tested sooner than others, teams don’t have to waste time on consulting external sources to run tests in a specific order but make use of timed scripts and order them as they like.

The CI/CD approach used by Agile teams lets them iterate much faster, which makes automated testing a critical tool right from the start of the software development life cycle. Continuous feature delivery can’t be automated if there’s a need for manual and time-consuming testing. Instead, test plans should be created together with a feature development roadmap and then executed automatically.

Automated tests are run against new code changes and verify that those changes don’t break the existing functionality and cause any bugs, thus ensuring quality at each development stage. This approach is suitable for lean QA teams and provides more opportunities for testers to deal with more complex issues rather than spending time on repetitive work.

What Tests To Automate?

Automation can’t be applied to all test types. It usually covers those tests that are highly prone to human errors, that are repetitive and time-consuming, and that require multiple datasets and thus should be run across varying builds and in different configurations. Generally, test automation scope comprises:

Automated testing is not an all-in-one solution that must cover all testing needs. It requires a considerable initial investment, appropriate skills, and suitable test cases. However, when done right, it turns into a critical tool that allows software developers and resellers to stay abreast of the emerging trends and provide customers with tailored, advanced, and reliable tools that address the primary concern of most businesses — their growth.

At a1qa, Alexander Golubovich is a Unit Coordinator having 11+ years of in-depth experience in QA. Alexander is a professional at providing effective QA solutions and coaching passionate QA specialists.