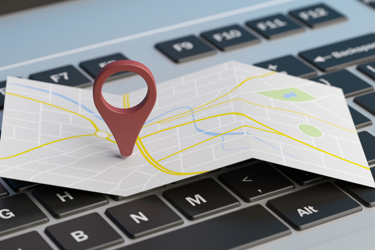 According to Statista, China, Southeast Asia, and Europe are the markets with the highest numbers of downloads, and in most of these regions, English isn't the first language. Open-minded enterprises that consider entering these and other markets beyond U.S. borders adapt their software solutions, which is impossible without professional localization (L10n).

Although localization is often thought of as translating content into the language of a chosen target audience, it is much more than just text adaptation. When launching products in new regions, teams also have to ensure that their solutions provide a sound user experience (even if the user and the provider are at the opposite ends of the world).

In this article, we'll provide some more reasons why localization is much broader than content translation and give some practical tips on how a company may ensure that its product is ready for launch in a foreign market.

Why Localization Is More Than Translation

Translation implies adapting the content, taking into account the grammatical, stylistic, and spelling norms of a target region, but localization is a much broader concept. It is focused not only on the language but also on the cultural and technical requirements of the target market; that is, translation should rather be considered one of the aspects of localization.

Localization aims to enable users to interact with the product as if it was initially built for their target region helping brands ensure that their solutions deliver their messages to end users clearly and smoothly. It’s also about compliance with legal requirements (starting from providing a mandatory phone number for registration and up to GDPR) and about currencies, transactions with them, integration with third-party services, and many more.

Let's consider an example: a company releases an app on the Chinese market, and stakeholders expect the project to pay off quickly since there are millions of potential payable users. However, app developers didn't consider that Chinese uses characters, while English words proceed from the alphabet; now, the content isn't displayed correctly due to the natural difference in the word length. Frustrated users start uninstalling the app, and now the team has to spend additional time and money on fixing the issues.

To avoid such situations, teams get involved in the localization of their software as early as possible; some of these efforts may occur even in parallel with actually writing the code.

For instance, a1qa advises on planning localization tests when a product is in the beta stage; thus, it’s possible to mitigate the risk that the new target audience will later reject the solution. How to ensure proper localization

However, when planning a course on globalization, it’s important to distinguish between localization and internationalization (I18n), which often sound quite similar.

Internationalization allows for adapting the product to various languages and cultural differences to assure further barrier-free localization (for example, if the developer plans to localize the product for vertical-script language, he/she should set along a vertical-align property in CSS).

As said above, localization itself is the adaptation of a product and its documentation to the language or culture needs of the target market(s).

One of the most proven ways to ensure that a product is ready for interaction with a non-English speaking audience is to conduct comprehensive localization testing. This procedure can be carried out either by an in-house IT team or with the help of a competent contractor; regardless of your final choice, here are some testing stages that shouldn't be missed.

As mentioned above, the correct content adaptation is critical when introducing software to new markets. To enable it, teams should analyze if their products support symbolic and spelling systems of the target language. That's where compliance testing comes in handy. With it, teams check if their software is capable of supporting local date and time formats, measurement units, as well as addresses and phone numbers.

At this stage, the team should run localized GUI tests to verify that the content and the user interface fit together. Without this step, users may experience difficulties performing even the most straightforward actions; for instance, navigation may be impossible if the button text is displayed only partially or if it goes out of the borders. GUI testing also helps developers check that there is enough accent spacing between characters, capital letters are displayed correctly, and that the line breaks comply with the formatting rules.

Here, the team should examine the technical aspect of the solution to ensure that the product's localized version doesn't contain any system errors. In particular, developers can ensure that the program interprets the text correctly, the system outputs content in suitable formats, and all hyperlinks work as required.

It is also essential to understand that all the above testing approaches may vary depending on the product type. For example, when a team is adapting a website, it is vital to evaluate localization according to the requirements of modern web design practices. If there is a need to localize a mobile app, developers should make sure that the content is displayed correctly on all mobile screen sizes.

When teams adapt software for a non-English speaking market, simple translation is not enough since the product should be fully localized. That is, the content itself is important, but it’s also a good practice to analyze whether it is displayed correctly and the user interacts with it flawlessly. Otherwise, an enterprise may fail its product launch, miss viable business opportunities, and waste money.

To ensure that their products are ready for launch in target markets, teams conduct comprehensive localization testing. It is a complex process of software analysis, not only in terms of style and translation quality but also regarding UI design; it may even imply reviewing the solution's code for errors when interacting with the localized content.

Elena Yakimova is the Head of Web Testing Department at software testing company a1qa. She started her career in QA in 2008. Now Elena’s in-house QA team consists of 115 skilled engineers who have successfully completed more than 250 projects in telecom, retail, e-commerce, and other verticals.