Why Retailers Should Include Cash Payments As Part Of Their Post Pandemic Payment Strategy? 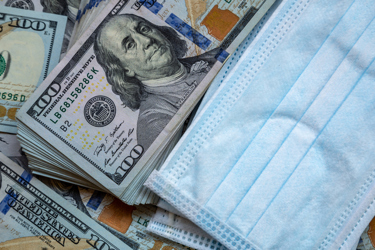 The pandemic has brought new energy to the cashless movement, but cash still isn’t going away. Too many people, especially the elderly as well as the unbanked and underbanked, depend on legal tender for their purchases. That’s because cash is easier to budget for and lets users shop with anonymity.

“In this increasingly digital world, cash continues to play a prominent role. Not only is the amount of cash in circulation continuing to grow, but it is doing so faster than GDP in the vast majority of countries,” according to a whitepaper, The Future of Cash, by Guillaume Lepecq, of CashEssentials, and Petteri Lillberg, of Demos Helsinki.

For retailers, the message is clear: Don’t ignore cash. Doing so can lead to lost sales with customers who prefer cash. One out of two in-store shoppers have abandoned their purchases because the right payment method hasn’t been offered. According to a Retail Reimagined US  Survey by Ayden, $1.1 billion in potential sales have been lost as the result of retailers not offering consumers’ preferred payment option. 63% of consumers completely agree that merchants should allow cash payments in addition to electronic payment options, according to a 2020 Javelin Strategy and Research study. For the foreseeable future, cash and cashless payments will have to coexist, so retailers need to set up their cash systems properly, both at the point of sale (POS) and in the backroom.