Why Resellers Need To Consider Rewriting Their Playbook 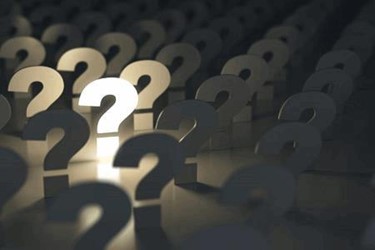 I am not much of a history buff, but there are simply some historical events that fascinate me for their business relevance. One such event is Admiral Nelson’s victory at Trafalgar.

Faced with the overwhelming odds of having to defend the coast of Trafalgar against the combined armada of French and Spanish galleons versus his fewer and smaller British ships, Nelson deployed a two-fold strategy he had been pondering: First, believing his sailors were better trained and more disciplined, he allowed his ships’ captains to make independent decisions apart from the flagship (Nelson’s ship), the HMS Victory.  Second, Nelson believed his smaller ships were more agile and directed a change in attack tactic: instead of sailing parallel to the enemy line and firing cannons broadside from one side as was tradition, Nelson directed his fleet to sail serpentine through the enemy line and fire cannons from both sides, striking double the number of enemy ships with each attack and at their enemy’s weaker points.  By the end of the battle, even though Nelson suffered a mortal bullet wound, the British held their territory, lost no ships, and turned away the decimated invaders.

Nelson changed how the game was played.  He believed that size did not matter against an opponent if the opponent could be outwitted and outmaneuvered through greater skill and discipline.

As an independent consultant specializing in software, data analysis, and business operations, I find myself often supplanting the reseller at my client’s request when it comes to these related services.  I don’t seek to do this on purpose, it just happens.  My clients quickly get a sense of who I am and what I am capable of doing and ask me to step in more and more with confidence that I have their best interests at the forefront of our relationship.  Naturally I am happy to do so.  I don’t resell anything other than provide my services.

If there is one area of great differentiation my clients find between me and their resellers it is who understands their business better, and my clients always find that it is me.  The problem with not understanding the business extends back to how software is presented, selected, and implemented, the data is set up, and the informational reports are generated.

Resellers tend to have an objective understanding of their software; however, experts like myself have not only a comprehensive understanding of software but also a subjective understanding of how software – and data – should be established to tactically and strategically operate the business.  We might not understand every nuanced click of every software package, but those minor details are not as necessarily significant to the bigger picture.  We see clearly how the technology as a tool can accomplish a business task … or fails to do so or as promised, which is another sore spot.  Software implementation cannot just be for the “now”, it must consider the competition, growth, market changes, and immediate demands.  My clients get pretty hot under the collar when they suddenly realize that the reseller did not reveal a shortcoming of the software during the sales process, as they expected the reseller to understand their business model and business needs both in the now and in the future.  But this level of business acumen is not the expertise of most resellers I have encountered.

How should this chapter of the playbook be written?  Independent consultants like myself pose no real threat to resellers’ bottom line: the expertise we bill for is unlikely to be within the realm of something the typical reseller can provide.  Conversely, and actually quite contrary, we are more likely to support and protect the reseller from making critical mistakes before the sale, during implementation, and through the ongoing relationship.  I often state that I exist as a matchmaker between my clients and the software vendors we select, ensuring that the relationship starts out strong and the bond continues.  This includes telling my client when they are wrong as well, as any good matchmaker should.

Channel programs and resellers should do more to collaborate with qualified independent experts when they – after some serious introspective analysis – honestly understand their shortcomings.  We provide expert insights that can lead to increased revenue for resellers, whether it be additional modules, software upgrades, critical modifications, or timely report writing services.  But speaking for myself, I won’t be beholden to any reseller that cannot perform to high-bar standards just because they started out as the software seller.

Other areas where my clients get frustrated with their resellers is when they believe the reseller is holding back knowledge or information that could make the client’s life easier; nickel-and-dime billing; lack of reasonable responsiveness; not going beyond the partnership; being stuck in a difficult relationship.  I will be exploring these topics – and others – in upcoming articles.  When the client perceives that the reseller does not have the client’s interests before their own, the battle is lost and a new playbook needs to be written.  And from perception to reality, this negativity extends from the reseller to the channel owner in some cases.

There are different ways to rewrite one’s playbook, and I have chosen my own methods.  For channel owners and their resellers, copying the playbooks of others and simply putting your logo and name on them is not rewriting them.  Nelson proved that sometimes the playbook needs to be completely and truly rewritten in order to survive the battle and win.  With more software moving to the cloud, with software and hardware company consolidations leaving fewer choices for the end customer, with enough comparable commodity options to make one’s head spin asking “what’s the difference”, both the company and the channel need to do things differently if they want to beat the competition at the same game.  Size matters less than the intellect to outthink the opponent and the discipline to do so.

Norman Katz is President of Katzscan Inc. (www.katzscan.com). Norman has written for various trade publications, is a national and international speaker, and is the author of two exclusive books.  Norman is an expert on ERP, EDI, supply chain vendor compliance, data analysis, business operations, and supply chain fraud.