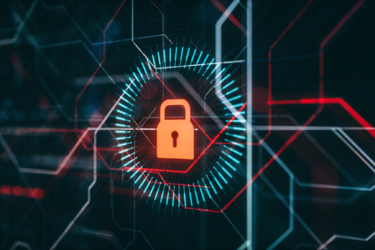 Can M&A strategies be the new tech industry IPO?

As we settle into the second quarter of 2022, it is becoming apparent that fluctuations in the markets are having a significant impact on the tech industry, especially related to plans for cybersecurity IPOs. For many companies, the exit strategy of the moment appears to fall more in line with mergers and acquisitions (M&A) than buyouts or private investments.

Recently, the number of M&As in and around the cybersecurity space has increased – in particular, massive companies are absorbing indirect competitors. These moves are done to appeal to a broader range of prospects, “buy, not build” portfolio strategies, while benefiting from the instant growth from taking on a smaller organization’s customers.

As an example, about a year ago, CrowdStrike purchased cloud log management and observability startup Humio for $352 million in cash and $40 million in stock and options. The goal was to help its customers address non-security use cases and strengthen detection and response capabilities. Similarly, Accenture purchased Broadcom’s Symantec Cyber Security Services business in 2020. Both larger organizations benefited from the customer lists of their acquisitions, especially when acquiring more mature products.

I’d venture to guess that across Silicon Valley, product teams are placing larger-than-normal bets on who might eventually purchase their firms. The industry is watching closely.

The question remains, how many more of these consolidation moves may happen in the coming months?

This winter, we witnessed Microsoft and Google volley for control of cybersecurity giant, Mandiant. Microsoft already dominates the software industry, and while its play was in no way surprising, we can speculate if its post-acquisition project plan was too complex for a fast turnaround. Ultimately, it was not a strategic fit, and since Microsoft had already acquired RiskIQ, there was some clear overlap in capabilities.

Google created some sparks when it swooped in to purchase Mandiant and steal Microsoft’s thunder. Google Cloud has been building more of a security suite, and this move was an indication that the company is working to gain momentum in the global services space with the motivation to fill current portfolio gaps. Mandiant’s XDR has a managed service team along with their famous incident response team, which will appeal to Google’s portfolio in the subscription space, especially for SMBs.

Does M&A Remove Healthy Competition From The Market?

These moves bring up larger issues around antitrust, competitiveness, and industry consolidation. Merger filings are at a record high, with a 70% increase in recent years.

In March, a bill was introduced to address the issue. The proposed bill, named the Prohibiting Anticompetitive Mergers Act, would disallow mergers worth more than $5 billion, but more importantly, it would give the Department of Justice (DOJ) and Federal Trade Commission (FTC) the power to retroactively block mergers that lead to more than a 50% market share or otherwise ‘materially harm’ consumers, employees, or small businesses. For the first time, the agencies would have the authority to reject mergers without a court order. Removing the hurdle of court order moves the U.S. more effectively in line with our European counterparts, who retain the power to block mergers without the external involvement of court systems.

Generally speaking, antitrust laws all over the world are meant to protect customers and maintain an equal playing field for businesses that operate in a similar industry. We’ve watched as Google fought monopoly suits, search suits, ad vendor suits, etc. for years now.

From an investment standpoint, this has allowed for a variety of stock availability in the market. From a product perspective, it allows for a variety of product choices in the market, and the competition has great benefits for consumers. Consider laptops – if you want a gaming laptop that is video/graphics intensive versus a simple one with work email options — multiple types, capabilities, and specialties are available on the market.

The Benefits Of Free Market System

Competition pushes businesses to continue improving, create new products, and release new features. Businesses seek to invest in what customers are asking for. Just like a rising tide that lifts all boats, competition is good for all consumers.

That’s not to say that specializing in a particular offering is bad. ‘Niche’ exists for a reason—to create an affordable, specific version of what consumers may want to buy. For example, if you’re the only miller in a small town, your constituents get a limited variety of flour. However, in the broad technology industry, it is not in anyone’s best interests to have just one SIEM, only one endpoint security solution, only one XDR, or one MSSP available.

The concept of Open XDR is important for divergent networks in support of multiple vendor security tools, as very few enterprises have homogeneous network types – especially post-acquisition or expansion. Investment in the XDR space shows a willingness to have other security products and companies cooperatively ‘play ball’ for a common goal.

Antitrust Can Make The Future Of Tech M&A Murky

One thing we can’t change is that large companies will continue to seek acquisitions when they want a product or portfolio capability and have done the due diligence to determine whether it is cheaper and better to make, buy, or borrow (OEM, etc.) as part of a basic project management/product management discipline. If they do not have a capability at all, usually the merger won’t be a factor in antitrust.

Merger reviews should only become an issue if a company attempts to buy all the competitive companies for patents, customer lists, or to eliminate a fair marketplace. That’s the difference between buying companies to enhance offerings versus trying to monopolize an entire category. The tech industry is facing an uncertain future as it relates to current market forces and possible legislation seeking to break up M&A deals. With inflation at a record high, promoting competition seems like a smart way to combat anti-competitive tendencies that ultimately result in higher costs for the consumer.

Jeannie Warner is director of product marketing at Exabeam.