What Meaningful Use Stage 3 Means To Your Health IT Clients 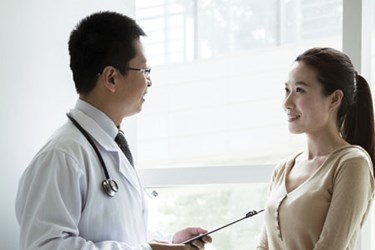 Recent changes in the world of HIT federal regulations will have direct impacts on you and your clients.

The U.S. Department of Health and Human Services (HHS) has released its proposal for rules around Stage 3 Meaningful Use as of last Friday. The rules are in part an answer to a call for “more flexibility” from the medical professional community. At the same time, according to iHealthBeat, the Office of the National Coordinator for Health IT (ONC) released its 2015 Edition Health IT Certification Criteria proposed rule.

According to the release, the rule outlines criteria that all eligible professional, hospitals, and critical access hospitals will have to meet to qualify for Medicaid EHR (electronic health records) incentive payments, and also to avoid Medicare payment penalties. Penalties will begin being enforced by 2018.

iHealthBeat adds that “under the proposed rule, all eligible professionals beginning in 2018 would report on Stage 3 of the meaningful use program regardless of their previous participation. Providers would have the option to move to Stage 3 starting in 2017.”

Healthcare providers would be encouraged to submit clinical quality measure data in 2017, with the submission becoming mandatory in 2018.

As called for by many professionals, the rule would eliminate the current reporting day period (90 days) for eligible professionals in their first time of MU attestation.

Additionally, it would require all eligible professionals to meet two of the three following options around patient engagement:

Other threshold requirements of the program have been raised from Stage 2. Some examples are,

Vendors Impacted By Coordination Of Health IT

ONC has also taken steps to expand on its Interoperability Roadmap with its proposed certification rule. Their release states, “The proposed rule builds on past editions of adopted health IT certification criteria, and includes new and updated IT functionality and provisions that support the EHR Incentive Programs’ care improvement, cost reduction, and patient safety across the health system.”

Vendors specifically were called out in the rule, as they are required to be assessed “on the ability of their products to demonstrate application programming interface functions to support the exchange of a standard summary of care using a new Common Clinical Data Set.”