What The Departure Of ONC's DeSalvo Would Means For Health IT 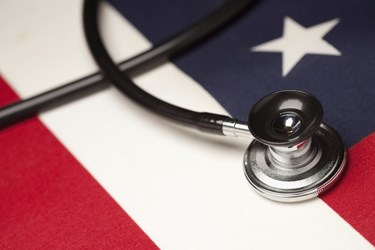 Karen DeSalvo, M.D. has been nominated by President Barack Obama for the position of the next assistant secretary of the U.S. Department of Health and Human Services (HHS), leaving the Office of the National Coordinator for Health IT (ONC) without a leader, but potentially with a powerful advocate in a high profile position. This could mean improved focus on programs around electronic health records (EHRs) and health information exchanges (HIEs).

According to GovInfoSecurity, the move could also mean more advancement for EHR interoperability goals, and other efforts the ONC has championed, largely because of the position’s inherently more frequent interaction with Congress.

DeSalvo earned her nomination because of high levels of respect within the Obama administration, says executive director of the New York eHealth Collaborative, David Whitlinger. Her new position would also put her in place to seek “regulatory ‘sticks’ to get EHR vendors to commit to making progress with interoperability.”

It was announced by the White House on May 6 that DeSalvo was up for the position that would put her over 12 core public health offices, including the Office Of The Surgeon General. She is also currently acting assistant secretary of HHS as of October 2014 and helped deal with the Ebola crisis.

The Senate has not yet scheduled DeSalvo’s confirmation hearing, but HHS has pledged that “The department will aggressively pursue additional people to join this team to ensure that we continue to deliver results, and we hope to make additional personnel announcements in the near future.”

Whitlinger also notes that DeSalvo leaving now is actually preferable to her having departed last fall, since the agency is now in between rulemaking phases for the HITECH [Health Information Technology for Economic and Clinical Health] Act’s Meaningful Use program. Beyond that, ONC is still in the process of reviewing public comment on its draft proposal for a 10-year roadmap for EHR interoperability and secure national health information exchange.

Some members of Congress are calling to see returns on the nearly $30 billion of taxpayer money invested in HITECH, and the ONC 10-year interoperability roadmap demonstrates serious efforts to address those concerns. According to Whitlinger, “The lack of interoperability and frustration by healthcare stakeholders, Congress and probably even within the White House was at a riotous pitch. The problems haven't been solved, but there's been significant progress by ONC and CMS. A road is in front of us now, rather than a cliff.”

Tom Walsh, security expert and CEO of consulting firm tw-Security, doesn’t believe DeSalvo’s move will be very disruptive, especially considering that her replacement will be part of the lame duck Obama administration. He personally expressed a desire that ONC will eventually pay more attention to data integrity issues, and not just interoperability.

Suggestions have been made around finding a replacement with a strong technical background, but also someone who has DeSalvo’s “knack for collaboration.” Charles Christian, chair at the College Of Health Information Management Executives (CHIME) relayed his thoughts: “It's my hope that the individual that follows her will have the same listening skills and a willingness to partner with the industry. The journey has only begun and I believe the work that we've accomplished, so far, is work worth doing.”