What Automation Means For Hiring In The Future 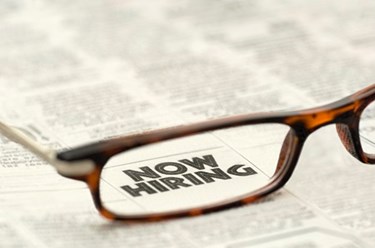 It seems like everything is being automated nowadays — that’s just where technology is headed. Even so, businesses have a keen eye for any new automated tools that makes their jobs easier.

One area receiving a great deal of attention in recent years is the hiring process. Most people know how this goes: HR gathers prospective employees’ applications, the most promising applicants are chosen to interview, interviews are conducted, and someone is selected to fill the open position.

It’s a tried and true method, but that hasn’t stopped organizations from finding ways to incorporate automated processes into it. In many ways, use of automation is almost a necessity and, with the way trends are progressing, it’s reasonable to assume automation be a major factor in all hires well into the future.

Automation in hiring first took off during a period where the economy struggled and businesses were looking for any way to cut costs. That meant getting rid of recruiters and relying on online applications more extensively. Automation played into this trend, but now that businesses are hiring much more these days — especially those among the tech sector — automation is now viewed as an effective tool for handling the flood of new applicants businesses are dealing with.

In this case, automation helps businesses sort through the applications they receive while collecting valuable data on the applicants. Using complex algorithms and Big Data analytics, companies are able to narrow down the field to the best candidates based upon certain qualifications set by the business. The whole process happens automatically, much more quickly than if done through manual means.

One of the major benefits of using automated algorithms is they are continuously learning. With every iteration, they become more improved and more accurate in narrowing the applicants to the kind the business is most likely to hire. Once the best have been filtered out, organizations can continue with the interview process as normal.

Many recruiting agencies have already adopted automated algorithms. By using other tools such as Spark cloud computing, they’re able to include data from social networking sites and even employers’ own databases to further filter out applicants, creating a grouping that will have the best chance of being hired by a specific business.

It’s a strategy that works for nearly any kind of business, from healthcare professionals and financial firms to experts in modular solutions and IT infrastructure. By choosing automation, companies are able to fill their job roles quickly, leaving little downtime often experienced when a position becomes open. Narrowing the field to only the most qualified applicants speeds up the interview cycle, something most managers and executives are happy to see.

While use of automation for hiring is on the rise, there are some voices of concern over relying on it too much. For one thing, there’s worry candidates are being unfairly eliminated from the pool early due to arbitrary reasons that simply aren’t understood — perhaps a flaw in the algorithm or something else entirely. There’s also concern over applicants not being considered due to one set of criteria, while another set may show they have something valuable or special to offer the organization. That’s not to say these situations happen often, but overreliance on automation may rob businesses of potentially good hires.

As mentioned before, the algorithms and modular infrastructure used in hiring automation will always be getting better, which means many if not all of the concerns over using it will likely be addressed. What we’re left with, then, is a tool becoming widely popular and extremely useful, something organizations of all sizes can utilize. With better hiring processes will come better employees, making businesses much better as a result.