What Are QR Codes And How Are They Changing The Payments Industry? 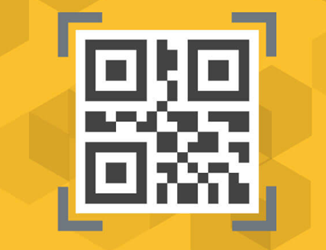 Driven by consumers and merchants alike, contactless payment is becoming more and more omnipresent. Though relatively new to the contactless payments’ scene, QR codes are quickly making their way to the top of the list of solutions your customers prefer.

Quick Response codes – better known as QR codes – have had an uneven history since the technology was invented by a Toyota subsidiary for tracking auto parts in Japan in the 1990s. While QR codes are hugely popular in China due to mobile wallets such as WeChat Pay and Alipay, they’ve only gained traction in the U.S. in the last 10 years or so.

The first application of QR codes in the U.S. was for businesses to use them on advertisements and signage to get customers to go to their website, rewards/coupons page, or download their app. As a marketing and advertising tool, QR codes started to die down a few years ago as they seemed to be reaching the limits of their potential usage.

But they have been gaining in popularity now that they are an accepted payment method in the U.S., spurred on by the World Health Organization’s recommendation that consumers avoid handling cash and general trends toward the adoption of digital payments. The potential for this opportunity is underscored by a Grand View Research report that found that the overall contactless payment market is expected to hit $4.68 trillion by 2027. QR codes are going to play a major role in that growth, particularly in transportation, retail, and foodservice.