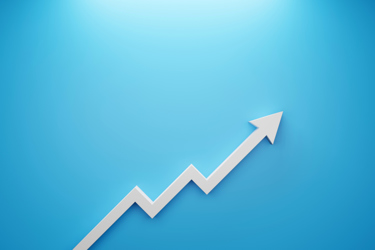 Digital disruption is never just about shifts in technology. Just as important (if not more so) are purchasing trends and the customer expectations that come with them, which MSPs must always recognize if they’re to succeed. And one of the biggest trends in this category is the shift from traditional ownership to pure utilization.

For decades, the traditional model for business sales was the CAPEX model, or one-off purchases where the buyer gains permanent ownership from a single monetary exchange. In a time when technology sat still for long enough that purchases of this nature lasted, there was a reason for this mode of purchasing to be the one in focus.

However, with technologies now advancing as quickly as they do, CAPEX is increasingly fraught with challenges, and business owners are in response transitioning away from traditional ownership to a subscription-based model, otherwise known as the OPEX (operational expenditures) model. The benefits derived from this model are far more relevant to both end users and the MSPs making the sale. Most notably, end users purchasing through OPEX can keep pace with technological innovation in their business, while the MSP becomes able to offer their services over a longer period and thereby extending the lifetime value earned from that customer.

While these definitions of CAPEX and OPEX are not all-encompassing, they do represent shifting attitudes concerning tech ownership and the impracticality today of permanently owning devices and software.

OPEX is made possible mostly by vendors offering their technologies through an “As a Service” model that requires an ongoing subscription fee for a particular service. The As a Service sales model should already be familiar to the average person, particularly those who are fans of streaming services like Netflix and Spotify, which give users access to content for a monthly fee, rather than ownership of the content. Many may also be familiar with the “Software-as-a-Service’’ (SaaS) model used by Adobe and Microsoft, which works similarly. Hardware is also available through a “Hardware as a Service” (HWaaS) model that operates as an ongoing agreement with no set end.

For some perspective on just how prevalent the shift to As a Service has become, research group Deloitte Insights found in a recent poll that by 2025, 87% of business leaders who responded expect that more than half of the technology for their enterprises will be purchased using OPEX.

Key Benefits Of The OPEX Model

Obviously, the choice to purchase hardware or Software-as-a-Service will depend on reasons specific to each company, but in all cases, the decision will come down to securing ROI. On the surface, CAPEX might seem less risky compared to OPEX, considering the former grants permanent ownership.

However, what this surface-level assessment fails to consider is just how rapidly technology now advances. All hardware and software will inevitably be followed up with a new version, and the way technology runs now, it’ll be followed up quickly. This compromises the ability to achieve the highest possible ROI because, under traditional purchases, new features and added usability are locked off from the company until they make an additional purchase of the latest technology in question. These frequent rollouts make large, one-time investments in technology much riskier, as the value of these investments depreciates at an increasingly fast rate in accordance with development times.

This is just one example where an OPEX model might better serve a business’ needs in the long run. Below are several other benefits to consider.

Depending on the charges involved and how long the technology is used, paying for software or even hardware on a per-month, per-user basis may end up saving businesses money. For example, the launch of a new version of software typically cuts off the life cycle of the previous one. So if a business purchases that technology only on a month-to-month basis, they will likely save compared to a lifetime purchase.

Although businesses always have had to consider end-of-life options for hardware and software, the current market’s increased pace of technological advancement requires businesses to consider this angle more than ever before. The way things roll out now, we ought to expect any given instance of hardware or software to only remain “the latest version” for a year or less. With that in mind, businesses should consider how to replace previous technologies more quickly.

On the MSP’s side, it’s crucial to point out that there is a significant difference between Hardware as a Service and simply leasing hardware. Despite how many MSPs conflate the two, any service provider who leases out hardware under the guise of it being “sold as a service” is woefully mistaken. Fundamental to the HWaaS model are benefits such as business continuity in the case of broken or faulty hardware, upgrades in the event of newer models being released, and continued support for any supported hardware; should an MSP simply purchase hardware and lease it, they will pass on none of these benefits to customers and effectively defeat the entire purpose of the model. As tempting as it may be to make a few extra dollars through this leasing method, MSPs who carry it out will be robbing their customers of tremendous advantages: namely, full business continuity and keeping pace with technological development.

Fortunately, the technology offered As a Service can be replaced more effectively and more conveniently, as a technology expert will be deployed to carry out the procedure as part of the subscription plan. For instance, if a newer model of a previously installed phone becomes available, an MSP selling Hardware as a Service can take back the now-obsolete model and install the new phone at no additional cost. Thus, the As a Service model grants businesses greater peace of mind and simpler deployment when compared to CAPEX purchases.

As a Service purchases also provide value by allowing businesses to better respond to shifts in the market. Through CAPEX, businesses are responsible on their own to select and purchase new technologies as they are launched. In this context, the decision of whether to install new technology is affected by the factors of cost and convenience, particularly the potentially huge hurdle of having to pay an entirely new up-front cost for new hardware or software (on top of devoting time and effort in selecting this technology to begin with). As far as everyday efficiency is concerned, all this does is stand in the way of accessing the latest business tools.

However, under OPEX, new technology can be rolled out as a benefit of being a subscriber to a monthly payment plan. Rather than decide whether to actively invest in the hard purchase of new hardware or software (as under CAPEX), businesses using technology As a Service can simply switch out old versions of tools for the new upgrades through their MSP.

The technology needs of a company are subject to change as a result of any number of factors. Two ready examples are new hires and layoffs: new hires will need additional hardware and/or software to operate in the role in question, while layoffs require an offloading of any technology used in that terminated role. These procedures are simplified by the as a Service model, because changing equipment requires not entirely new purchases or personal disposal of devices, but instead a simple change to the details of an ongoing subscription. Sold As a Service, hardware or software can be far more easily upgraded, increased in number, reduced in number, or swapped out for alternative tools, allowing businesses far greater agility in adjusting to new market needs.

There’s no better example of market shifts driving such a need for the latest and greatest in technology as the Covid lockdown of 2020, where we saw a mass shift to the work from home model. Unsurprisingly, amid this shift, we also saw a tremendous move to subscription services, with many businesses outright abandoning their purchased equipment to adopt newer technologies better suited to this new work model. The takeaway is that under OPEX, businesses have newfound flexibility in their technology, selecting devices and software as outside factors demand rather than being stuck with an investment that global events may render worthless.

This shift from CAPEX to OPEX can, at its best, provide end customers with the benefits of easier scalability, instant access to product fixes and upgrades, long-term product warranties, and more reliable product support and repair. Should end customers be interested in gaining these benefits for their businesses, it’s important they make use of a capable provider who has partnered with an OPEX-oriented vendor to achieve a maximum ROI for their UCC platform.

At the end of the day, if you're an MSP still deciding between CAPEX and OPEX, you’ve already missed the boat on the real discussion between these two models. The issue isn't about whether you pay up-front or over time. The real question for a business owner is: What will the cost and impact be to my business in terms of managing the security, availability, performance, repair, and replacement of these devices over a period?

The reality is that now the speed of innovation makes it impractical for a business to invest in traditional ownership of technology. Just like computers (which, nowadays, should be estimated as costing quadruple the list price due to management and upkeep), communication system endpoints all become outdated and even obsolete, and far more quickly than ever before. Framing the discussion solely around cost, therefore, ignores the more important goal of fulfilling business needs, which smart companies focus on to prioritize functionality and overall profitability. For long-term viability, only the OPEX model presents businesses with the adaptive performance and competitive capability they expect communications technology to provide.