The Internet Of Things And Physical Security 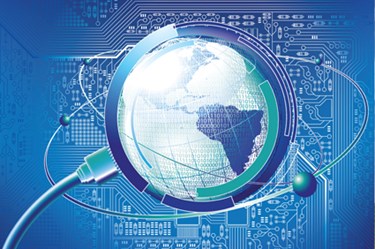 The Internet of Things (IoT) is a hot topic, even though there is healthy debate on what it exactly is. Discussions on IoT are often about how it might affect future technologies, product development and sales. Others say that an Internet of Things already exists, made up by the integrations of mobile, network and Web-based applications.

Many also have serious security concerns about the information exchanged when new access points send communications that leave the safety of a well-secured and finite network. Early IoT devices are already facing criticism for their vulnerabilities and their potential for poor security practices, covert data collection, loss of control of devices, and invasions of privacy.

The physical security community’s discussion of IoT is somewhat different from those of other industries. Our business is securing things, people, and information and we make assets safe using a combination of physical barriers and technological tools. The integrity of the security we provide as an industry should not be compromised for IoT. Businesses, governments and people rely on us to protect what is important and we must continue to maintain the high standards that currently exist in our industry today.

Many predict standards not only drive IoT, but will be the lynch pin to hold it together and make it a reality. Several alliances have already formed to work on automation and communication protocols to prepare for an increase in (machine-to-machine) communications and the broader IoT. ONVIF’s standards were originally created to take usability to a higher level, giving end users the freedom to pick and choose technology from different brands without sacrificing functionality. Similarly, IoT will require physical security manufacturers and developers to work together in establishing baseline standards that allow physical security systems to work with devices beyond the confines of our industry.

The Internet of Things cannot be ignored, despite its mix of potential boons and possible weaknesses. Verizon, in its 2015 State of the Market IoT report, predicts that 10 years from now, organizations that use IoT heavily will likely be up to 10 percent more profitable, with data showing 204 percent growth in the number of IoT connections in the manufacturing sector. IoT has moved from a conceptual state to a budding reality, with some calling IoT the next phase of the industrial revolution. IoT will become a reality in the physical security industry, of this we can be assured, whether the industry is prepared or not.

The challenge for our industry, of course, will be to provide increased operability and ease of use for end users without losing the integrity of the security that we offer as an industry. We must determine how to best continue our job of protecting valuable assets while providing end users with the functionality, ease of use and interoperability they expect, balancing IoT’s strengths with its weaknesses in our development of products and standards.