The Cloud: Taking Healthcare Clients To The Next Level 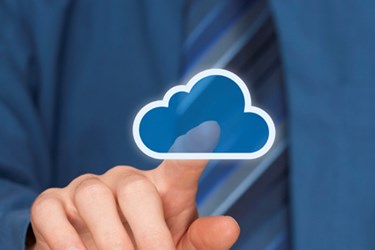 The cloud is everywhere, in more ways than one.

HIMSS Analytics just released its 2014 Cloud Survey, and one of the biggest takeaways was that 80 percent of respondents were already using cloud-based services. Great news for an industry that tends to lag on technology, but where does that leave MSPs who are looking for new ways to sell their clients on the cloud?

The answer is there if you dig a bit deeper.

The survey lists some key results which, if you take a closer look, also reveal areas in which MSPs can help take their clients to deeper and more efficient use of cloud technology.

The Value Of Cloud Services

According to the survey, “Cost was identified as a key driver for adopting cloud services. However, less than half of respondents reported getting the data needed from their cloud services provider to measure the value of cloud services.”

If we’re to be honest, part of the cloud’s growth has been because of its popularity. After any jump like that, people begin to question value, and your clients will do the same. Those survey results mean that 40 percent of respondents want more insight into the kind of value they’re getting from the cloud. Offering cloud services that provide quantifiable benefit will resonate within the healthcare vertical.

The survey states, “Vendors can be doing a better job in meeting the needs of their healthcare clients.

Approximately two-thirds of respondents reported challenges with their current cloud services provider(s). Most often, these challenges included lack of visibility into ongoing operations, customer service, and costs/fees associated with the solution.”

Those two-thirds of respondents who are having challenges (mostly around visibility and customer service), mean that, even with wide-spread adoption of cloud technology, most users are still looking at a poor fit and low levels of insight into exactly what the cloud is doing for them. The survey also notes that half of respondents report issues with their cloud providers’ abilities to meet service levels.

Perhaps the most important takeaway from the survey though, is that most respondents indicated that they would prefer to give their current providers a chance to perform satisfactorily, specifically in meeting the promised service levels.

While that news might seem grim for MSPs looking to bring on new clients, table 6 in the report provides a breakdown of which areas cloud services are currently being used in. It’s worth noting that all but three areas (hosting clinical applications/data, health information exchange and backups, and disaster recovery) show less than 35 percent of respondents using the cloud as a solution. So while the biggest three might be a difficult case to make for a new client, areas like communications services, server virtualization, desktop virtualization, ACOs, identity management, and hosting archived data are wide open.

MSPs interested in a deeper look at the potential around the cloud will not only pay attention to surveys about the cloud itself, but also to trends around the healthcare IT vertical overall for guidance on less-obvious opportunities for client growth.