The Best Resellers Are Focusing On Their Customers' Success 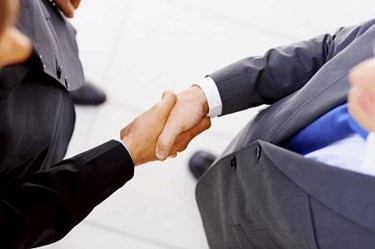 Today’s reseller community is as competitive as ever, and finding success is no longer as simple as having the product with the best features. While having the latest technology and high-end hardware is important, today’s most successful resellers look beyond their expertise and aim to align their business model and sales strategy with the success of their customers.

Not long ago, resellers’ jobs were straightforward. A reseller would give his sales pitch for a product, such as a POS system, to a customer by demonstrating the latest features and technology.

Ultimately, the sales representative would convince the customer that the up-front investment would pay for itself by the value it added to their business. If the POS system was sold, the reseller’s responsibility to that customer-reseller relationship was over until the next POS system was needed.

However, as the reseller industry evolved, their technology began to look the same as their competitors’, their marketing materials listed the same benefits, and their offering became a commodity.

The most successful resellers saw the writing on the wall and transitioned into support-based models. This move evolved the reseller’s role from a strictly sales-only approach to becoming a business consultant focused on improving service and business knowledge. Improving their clients’ knowledge and business understanding allowed a reseller to differentiate themselves from their competitors.