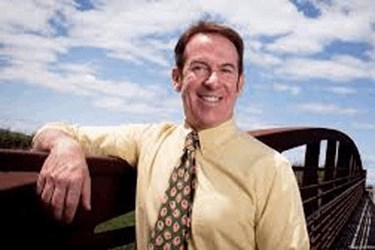 There is a great deal of content around the topic of software test automation, the topic of the third survey in LogiGear’s State of Software Testing Survey series. The sectors are numerous; tool choice, jumpstart platforms, cross platform, services, cloud. With all of this great test automation innovation comes great change.

According to Transparency Market Research, the global test automation market will likely expand at a healthy CAGR of 15.4% from 2017 to 2025 to $ 109.69 billion by 2025 from $ 30.45 billion in 2016. From a geographical standpoint, North America contributed about 46 percent revenue share in the test automation market in 2016. In the years ahead, North America is expected to hold onto its leading share as more transformational projects are implemented. Interestingly, Asia Pacific is expected to surpass all other regions with a 16.5 percent CAGR between 2017 and 2025. The growth in the region will be brought about with increasing investment in testing resources, tools, and outsourced resources.

As you can see, the research is optimistic about the adoption of test automation. Trends are also beginning to emerge that point to test automation adoption, the factors that help organizations embrace it, and that hinder others from doing so. We call it the phenomenon of the “have” and ”have nots,” and these two camps are becoming more and more distinct.

Some organizations have become quite sophisticated in their automation, some struggle with the very basics, and many organizations are somewhere in between.

Our third survey takes a look at the skills, tools, benefits, and problem areas of test automation. This survey’s goal was to examine all levels of test team automation to identify issues and better understand the emerging trends right now in software development.

Some meaningful findings from our survey include:

It breaks down this way: almost 20 percent were successful their first time trying. Another 43 percent of respondents that tried still do not have a successful program, because as they see it they are not sufficiently supported by management with the investment needed to treat test automation like software development.

Most respondents have the skills, but it is only a slim majority. Emphasis must be placed on ensuring more technical teams received the instruction and support they deserve.

In contrast, the answer that the automation program has not lived up to expectation and does not test enough (11 percent) is problematic. If test automation does not gain corporate respect, it can often have a long-term and negative impact on its reputation. This will affect future investment, maintenance, and training by the organization. Most importantly, the lowest answered choices are the most serious — that it is a waste of time (1 percent), and that it misses bugs (1 percent). These choices are in the minority when considering the volume of responses.

One of the positive outcomes in this section is that no one answered that there were no benefits to test automation.
There was optimism in the survey too. More than half of respondents reported that they are ready and able to build and maintain tests, which is an important area of growth for all test engineers.

LogiGear’s fourth and final survey of the year on modern distributed test team related issues is currently open for contribution for all software testing and quality professionals. Those that complete the survey before November 19th will have a chance to win a $100 Amazon Gift Card.  The survey is available at: http://www.logigear.com/magazine/survey/drumroll-results-test-automation-survey/

Michael Hackett, co-founder of LogiGear Corporation, and has over two decades of experience in software engineering in banking, securities, healthcare and consumer electronics. Michael is a Certified Scrum Master and has co-authored two books on software testing, Testing Applications on the Web: Test Planning for Mobile and Internet- Based Systems (Wiley, 2nd ed. 2003), and Global Software Test Automation (Happy About Publishing, 2006).