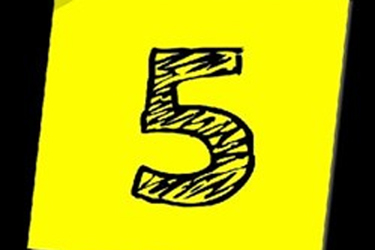 Learn how to recognize that you’ve overgrown your legacy ERP and it’s time for system modernization.

As single sources of truth, ERPs lie at the core of enterprise infrastructures and are deeply enmeshed with many day-to-day operations. Considering the system’s fundamental role, companies should strive to keep it as efficient and up to date as possible for their own good.

In the meantime, companies typically delay venturing into ERP overhaul, as it can prove a tough job entailing business disruptions, technical complications, and expenditures. But leaving things as they are for too long, organizations risk ending up in a dire situation with an unmanageable ERP.

To help you gauge whether it’s time for bringing your ERP up to speed, consultants from Itransition highlight five signs that your current system is holding your company back.

The first thing you need to look into is your ERP maintenance spending. ERPs are notorious for high post-implementation costs, with experts advising to budget in 10-20% of the system’s purchase price for yearly maintenance costs.

But as time passes, ERP maintenance can become a more significant expense item, either because the company grows (a desirable scenario) or because the system starts performing poorly (which is a red flag). Thus, having surveyed global ERP owners, Boomi found that companies have allocated on average 39% of their 2021 IT budgets to keeping the lights on in their ERPs.

To understand that your ERP siphons out too much money to put up with, analyze the structure of maintenance costs. When the money is allocated mostly on fixing a never-ending stream of issues and system crashes, building custom workarounds and integrations to keep the system in a working condition instead of relevant enhancements and innovations, then it’s safe to say you’ll save money shifting to a better newer solution.

#2: Integration Is A Challenge

To serve as a corporate data hub, ERP needs to seamlessly connect and synchronize with other business software, so integration problems are a serious ground for concern.

Homegrown ERPs are infamous for their poor integration ability. Typically, as owners build ERPs from the ground up, they tie them with complementing business solutions through custom integrations. Such structures may work well for the time being, but when companies start considering new integrations, many of them find their ERPs can’t play well with internal or third-party software.

The adopters of outdated or discontinued ERP suites should also beware, as their systems are likely to prove too technically obsolete to connect easily with more up-to-date tools.

For such ERP systems, custom point-to-point connectors are the only feasible integration solutions. But, according to the previously quoted Boomi study, such complex integrations create unnecessary expenses, complexity, and poor user experience in 54% of cases.

All this makes a non-integration-friendly ERP system a dead-end solution you’d better get rid of.

While ERPs are not business automation tools per se, they typically do have in-built capabilities aimed to streamline routine tasks. So when your system makes workers’ life harder, not easier, it’s a serious cause for considering ERP modernization.

The most glaring shortcoming in an ERP system is the absence of data aggregation features, so employees have to manually enter data or cobble it together to build reports. This approach is not only lengthy and expensive but also can lead to human errors and inconsistencies.

Another ERP functionality gap you shouldn't turn a blind eye to is the inability to set up automatic triggers for routine actions. For example, if you run a factory, the system can trigger a manufacturing order when the required raw materials become available, or, if you are a retailer, an ERP can trigger invoicing when a certain SKU is back in stock. This seemingly small feature can save your employees a lot of time and ensure time-sensitive tasks are always duly fulfilled.

The absence of functionality relevant in the modern business context is another red flag for ERP modernization. As it often happens, such features used to be cutting-edge and therefore not universally utilized, but as time progressed, they entered the mainstream and became essential. This is when their absence may take its toll on your day-to-day operations.

One of such features is mobile accessibility. The modern business environment, with its shift toward geographically distributed teams and telework, puts a premium on data access and management anytime, anywhere. Also, as per the High-demand ERP Features report by Highradius, the implementation of a mobile ERP increases the workforce’s operational efficiency by 40%.

Data analytics is another example of in-demand ERP functionality. The days when ERPs served as mere data repositories are going away as providers equip their products with reporting and analytics engines, generating easy-to-comprehend graphs in a few clicks. With an analytics-equipped ERP, companies can save their employees’ time and effort for building insightful reports and keep their IT infrastructures leaner.

#5: The Vendor Is Pulling The Plug On The Product

Finally, it’s not worth sticking to an ERP that’s abandoned by its creators or is being discontinued. In many cases, adopters are usually reluctant to switch from the familiar system, especially when it meets their requirements feature- and performance-wise. Yet consequences of using an outdated ERP system can turn out to be quite severe.

The major disadvantage of such systems is a lack of vendor support. This will bring a significant increase in your ERP maintenance costs and, if there is a sudden system crash or a new and critical security vulnerability, you will be left on your own to deal with it.

Non-compliance is another significant downside. The discontinued ERP will not be updated to meet newly introduced or altered regulations, so companies from compliance-sensitive industries will have to introduce the needed controls themselves.

Last but not least, ERP performance is highly likely to start lagging after a while because old problems will not be fixed and improvements will not be introduced.

Saying goodbye to a legacy ERP may be a hard choice for many reasons but considering all the negative implications of sticking with a costly antiquated system, lacking in automation and integration capabilities, can prove much worse down the line. All in all, ERP modernization sounds worse than it is, especially when you are supported by an expert IT team.

Roman Davydov is a Technology Observer at Itransition. With over four years of experience in the IT industry, Roman follows and analyzes digital transformation trends to guide businesses in making informed software buying choices.