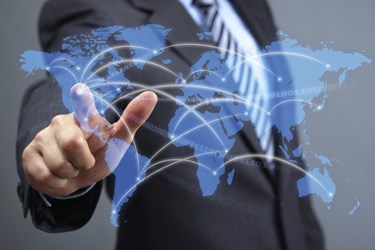 The Supreme Court ruled government use of GPS trackers is a search and therefore requires a warrant, according to its ruling on Torrey Dale Grady v. North Carolina. In a short, but unanimous ruling, the Court clarified how the Fourth Amendment interacts with the expanding technological capabilities of the federal government.

The ruling came as part of a case referred to as Grady v. North Carolina, in which Torrey Dale Grady — twice-convicted as a sex offender — was compelled to wear a GPS monitor at all times in 2013 by North Carolina officials. In court, Grady challenged this, claiming it qualified as an unreasonable search, according to EnGadget. North Carolina’s State Supreme Court first ruled in favor of the tracker, arguing that it did not qualify as a search, but The Supreme Court agreed with Grady.

The ruling means that lower courts will now have to consider whether attaching a GPS tracker to both people and property constitutes a reasonable search. There have been a few cases before the Supreme Court regarding the Fourth Amendment recently, but with the explosion of technology and monitoring capacities, it is clear that the issue will re-emerge again in the future.  The Atlantic reports, to date, the Supreme Court has only considered cases dealing with location information collected via GPS trackers, but information is collected by GPS on countless devices, including electronic toll-collection systems like EZPass, which register a car’s location by default when recording toll payments.

Among the precedent cases, in 2012, the Supreme Court ruled that placing a GPS tracker on a suspect’s car, without a warrant, counted as an unreasonable search.