Study: CFOs Fear Falling Behind From Not Having The Right Cloud Solutions 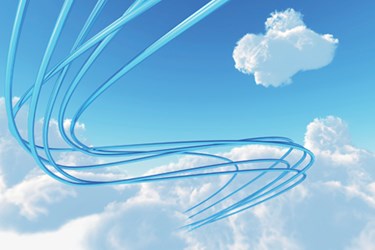 Three-quarters of CFOs fear their businesses will fall behind if they don't have the optimum cloud applications and infrastructure in place, according to new Canopy research.

Even as transition to the cloud increases and new cloud technologies blossom, many traditional barriers to cloud investment remain. These include concerns due to security and data protection. Three-quarters of chief financial officers believe revenue opportunities are getting away as a result of insufficient or inappropriate cloud applications and infrastructure in place to support digital business transformation, according to a recent survey by Canopy.

According to the study, U.S. CFOs assert their businesses missed out on an average of $41 million in revenue last year by not having the right cloud solutions in place to support their digital transformations. As a result, 81 percent of CIOs and CFOs fear their businesses will become uncompetitive, with a large majority (74 percent) of them estimating this will happen as fast as the next 15 months.

Canopy’s research was conducted by Vanson Bourne and included surveys of 950 CIOs, CFOs, and business decision makers in mid-market and enterprise firms in the U.S., U.K., Germany, France, and the Netherlands.

According to the Canopy report, U.S.-based CFOs project that they could achieve double digit growth by 2015, with an average $75 million revenue boost, if they established enhanced cloud capabilities. And while a full 94 percent of CFOs saw the importance of cloud based applications and infrastructure in order to deliver digital transformation, 68 percent revealed that vital digital initiatives were being impeded by a lack of cloud investment.

“As our survey highlights, digital must be in the DNA of every department to help the business maximize market share and revenue,” said Jacques Pommeraud, Canopy CEO. “While ‘digital’ is a widespread term today, right now digital transformation is only happening in pockets. One key to unlocking digital transformation is cloud computing. From hospitality and retail to manufacturing, those emerging as winners are taking advantage of these digital capabilities.”

Some of the remaining barriers to cloud investment, according to survey respondents, include security concerns (60 percent), data protection (40 percent), protection of intellectual property (26 percent) and fears of vendor lock-in (36 percent).

Pommeraud explains, “The most innovative clients use the power of cloud and large scale analytics to generate new sources of revenue for example in manufacturing for the area of preventative maintenance.”

"Many organizations under-estimate the complexity and thoroughness required to execute an on-time transition of existing applications, workloads and data into the cloud," Zac Backlin, vice president, Head of Americas for Canopy, told eWEEK. "Many key considerations are often overlooked or under-reported by customers, which results in missed deadlines and expectations. Like many non-cloud projects, transitions to the cloud require planning, analysis and proper due diligence for success."