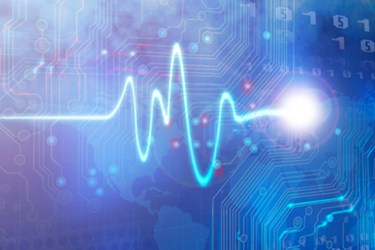 Biometric sensors are in the news again, with new players, new technologies, and new opportunities opening up. The market has grown to one of wristbands, to a wide range of wearable options ranging from necklaces, to shirts, and athletic clothing.

The sensor market itself overall, is moving in directions that should be of particular interest to healthcare VARs, with advances on both the recreational and clinical sides of the spectrum, coming closer together every day.

Fitness In The Bedroom

Earlier this year, wearable startup, Misfit, maker of the Shine activity tracker, made its way into the world of sleep, with the Misfit Beddit Sleep System. The device, instead of being worn on the body, is attached to the bed, underneath the sheets. The company’s sleep tracking software is integrated with a product made by a Finnish startup, according to Gigaom.

The device, called “The Beddit,” measures sleep cycles and sleep quality through the use of a thin dongle placed on top of a mattress. The sensors in the hardware measure biometric signals through ballistocardiography, movement, and sound to estimate the sleeper’s respiration and heart rate, and can even take snoring into consideration. The gathered information is then transmitted to the Misfit app via Bluetooth.

Gaming Gets Into The Mix

Nintendo (yes, Super Mario Nintendo), has turned its gaze to the world of sleep. What sets Nintendo’s subscription-based sleep tracker apart, is that it’s set on a bed-side table, different from other trackers.

The gaming company has been facing criticism in the past few years that it needed to find new sources of revenue, even while it’s shunned licensing its games for mobile platforms, according to the Wall Street Journal.

Nintendo is pushing forward, touting the fact that users of its sleep monitoring system won’t have to wear any devices. It has also partnered with medical equipment company ResMed to develop the service.

According to Nintendo president Satoru Iwata, “Demand is out there and there have already been many services, but no one has captured the market.”

QOL (quality of life) will be the healthcare-oriented element of Nintendo’s future offerings, which also include console-based extensions of franchises like Pokemon and smartphone applications, which will move away from their stand-alone game past.

To read more about sleep biometrics, market growth, and their integration with EHRs, read, “Biometrics Update 2014.”