Learning to quickly identify managed services prospects is a key to this MSP’s projected 38% revenue growth this year.

At What Point Does An IT Vendor Become A Partner?

There are lots of instances when IT vendors will refer to the VARs and MSPs that buy their products as partners, but most channel companies would agree that expression is an inaccurate portrayal of the actual business relationship. Dale Walls, president of “outsourced IT department” Corsica Technologies, says some of the vendors he’s worked with over the years have been difficult to partner with. “In some instances, the vendor had a lot of staff turnover, so we’d be introduced to a new account rep every quarter,” he recalls. “In other instances, the vendor was completely unresponsive to our requests to fix a problem with their product or to make some other kind of improvement.”

One vendor Walls says really does live up to its claim about being a partner is N-able Technologies. “We’ve had the same account rep since we started working with N-able in 2006,” he says. “Equally important, there have been times when we offered feedback such as, ‘It would be nice if there was a button on your dashboard that could simplify this routine from three steps to one,’ and they’ve actually made that kind of improvement to their software based on our feedback.”

Corsica Technologies uses N-able’s N-Central RMM (remote monitoring and management) platform with all of its managed services customers (which represents 3,000 nodes presently). Additionally, the managed services company has replaced its previous network security company with the N-able Security Manager, which includes endpoint security as well as antispam functionality. “By standardizing our customers on the N-able platform, we can monitor all of our customers’ IT resources from a single portal, plus we can push out a software update or patch to every customer by logging in once, checking a ‘select all’ box, and pushing a single button.” Contrast this with less integrated solutions that require the VAR/MSP to log in to each customer’s network individually and push each software update separately. 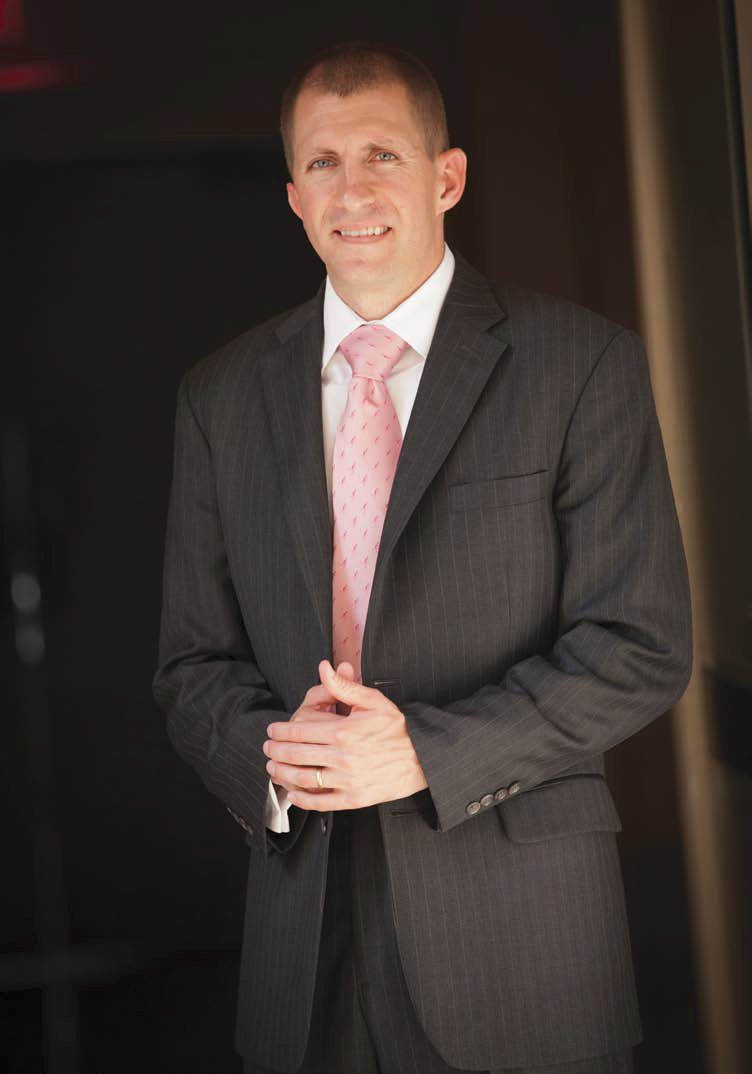 Dale Walls has been in the managed services business long enough to recognize the kind of prospect that won’t make a good managed services customer. According to Walls, who is the president of Corsica Technologies, a 35-employee outsourced IT department, he can usually make this important determination within 3 hours of speaking with the decision maker. If you’re an MSP that’s been wrestling with the dilemma of what to do about customers and prospects that don’t want to be on a managed services contract, you should take a note from Walls’ playbook.

One of Walls’ few business regrets is not figuring out the formula sooner. He recalls his early days of selling managed services and making exceptions for customers that only called his company when something went wrong. “These are the ones that call kicking and screaming, ‘My server keeps going down,’ or ‘My backups stopped running again,’ but the customer never wants to invest in hardware and software that could solve the problem — they just want you to drop what you’re doing and patch the problem as quickly as possible,” he says. “The reality is the customer never appreciates what you do for them because they falsely believe your temporary patch is supposed to give their server several more years of flawless performance. In return, you start detesting this kind of customer because you can’t afford to have techs sitting around waiting for the next IT fire to put out, and you can never outperform your customer’s legacy IT equipment.”

At the other end of the spectrum is the customer that does make the investment in new hardware and software. “You can do such a good job configuring their network that you don’t hear from the customer for another year,” says Walls. “What both of these examples have in common is that the customer doesn’t see you as a partner, but rather it sees you as a necessary evil."

Know The Early Warning Signs Of An IT Resource Drain

When Walls talks about his customers as partners, it’s not just lip service. He gets involved with a majority of new prospects during the sales process, so he can help his account reps determine whether a prospect is a good fit or not. Typically, this determination is made in a face-to-face meeting with a decision maker, which for Corsica Technologies’ SMB focus is most often the owner of the company.

The majority of Corsica Technologies’ customers and prospects have the same basic IT environments and needs: Windows servers, Internet connectivity, and a limited IT staff. There are a few key differentiators, which Walls tries to identify during an in-person meeting:

Outdated IT equipment and/or expired software licenses. This is the first red flag Walls’ team looks for during an informal observance of a prospect’s server closet and logging into their network. Unless there is a good reason for why things are in bad shape, it’s often a sign that the company has a cheapskate philosophy about technology, and they’re going to be a pain to work with.

Negative attitude toward IT. After bringing IT issues to a prospect’s attention, this is where you really start to see whether the client is a potential fit or not. “If a prospect launches into a litany of complaints justifying why they don’t want to pay for IT, it’s a good sign you could be signing up for problems,” warns Walls. “Only when a business owner recognizes the value of having a healthy IT infrastructure and partnering with a competent IT solutions provider is it worth it to pursue a business relationship.”

Give Prospects A Reason To Choose Managed Services

Even if a prospect does see the value in having up-todate IT hardware and software, and they do have an interest in entering some kind of business relationship with your company, it still doesn’t mean they’re going to be 100% onboard signing up for a three-year managed services contract. In these instances, Walls has found the following advice to be helpful. “I explain to any prospect on the fence about committing to a managed services agreement that it’s better for them and us to avoid being in a reactive relationship,” says Walls. “In a reactive scenario, the customer identifies a problem such as a malfunctioning server or a computer virus, they call us, we dispatch a technician, and when the tech arrives, he needs to interview multiple personnel to start diagnosing the problem.” Because uptime is so important to many of Corsica Technologies’ customers, Walls would need to have extra IT techs on his payroll to ensure adequate response time.

“In a managed services model, on the other hand, we’re usually the first ones to identify the problem,” says Walls. “In most cases, we can troubleshoot the problem remotely and solve things even before the customer realizes there is an issue.” Even in those situations that do involve a truck roll, the Corsica Technologies tech shows up at the customer’s site already armed with information about the problem (through the remote monitoring and management software), and the time spent on-site is much shorter. “As a result, we can pass on the cost savings to the client, and more than make up the difference by being able to service several times more customers without adding to our own IT staff,” says Walls.

Eliminate The Final Barrier Of Entry To Managed Services

This year, 40% of Corsica Technologies’ business comprises managed services, which represents a 52% increase from 2011. Walls is projecting another 50% growth in managed services contracts by the end of 2012. Besides following the steps he outlined earlier, he made one tweak to his business a few years ago, which caused his managed services wins to skyrocket. “We used to sell our hardware and software as a capital expense and then try to tack on a managed services contract,” recalls Walls. “For some small businesses, it was a bit much to take on a $2,000 IT expense, followed by a monthly recurring expense.” To overcome this objection, Corsica Technologies added SaaS and HaaS (Hardware-as-a-Service) options to its managed services offering, which allowed its customers to roll all their IT expenses into monthly payments and a three-year contract.

About the only other obstacle Corsica Technologies occasionally runs into with its managed services program is getting its customers standardized on its hardware and software vendors. “We work closely with many of our IT vendors similarly to how we do with our customers,” says Walls. “We’ve spent the time investigating the best storage and online backup vendors, RMM [remote monitoring and management] and PSA [professional services automation] vendors, and network infrastructure and security vendors.” By having all its customers running the same hardware, software, and services solutions and platforms, Corsica Technologies can more quickly identify and apply IT lessons learned from one customer’s business to another, identify and resolve problems more quickly, and push upgrades and patches more easily (see the sidebar for more details about this). In fact, this
process is working so well that Corsica Technologies is planning to open another branch sometime in Q3 of 2012. Because the new branch will also be standardized on the same IT hardware, software, and services Corsica Technologies is using at its Centreville, MD, headquarters, it will make it easier for Corsica Technologies’ IT staff to get the new facility up, running, and profitable very quickly.