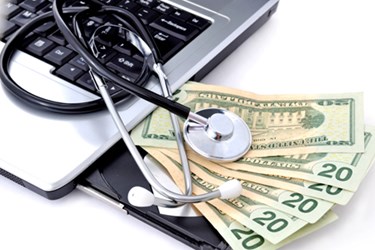 While ICD-10 may be a huge expense for many of your clients, there’s a good chance that small physician practices might not end up hurting as much as first thought.

The Professional Association Of Health Care Office Management (PAHCOM) surveyed its members to gain insight into the costs around ICD-10 at small physician practices (practices with fewer than seven direct care providers).

The survey revealed that on average, smaller providers spend $8,167 overall, with a per-provider expenditure of $3,430. This is significantly lower than the American Medical Association (AMA) initially reported — an amount ranging between $22,560 and $105,506.

Karen Blanchette, MBA, association director of PAHCOM states, “We hear so much conflicting information about the impact of ICD-10 on the small physician practice. Our goal was to bring some clarity to the discussion by surveying our members — office managers who represent hundreds of solo physician and small group physician practices across the United States. Our members reported actual data on expenses to date and costs still remaining. The PAHCOM survey is the most comprehensive and current data on ICD-10 implementation costs actually being incurred by small physician practices.”

The survey included member practices including physicians, physician assistants, and nurse practitioners, and discussed with them their expenditures around ICD-10 implementation and ICD-10-related activities. Those included the cost of:

Respondents were also questioned around time spent by all personnel in the practice (physician or otherwise). On average, the amount of time reported around ICD-10-related hours averaged 45.5 hours per practice provider

AHIMA attributes differences between the PAHCOM and AMA findings potentially due to new educational and training materials, as well as new resources within the vendor community. They also cited a jump in EHR use by providers as another potential reason for the drastic difference in findings.

According to Medscape though, PAHCOM isn’t the first to disagree with the AMA’s findings.

The American Academy Of Professional Coders recently found that practices with nine or fewer providers averaged an ICD-10 conversion cost of $750 per provider. Another study in JAHIMA estimated that three-physician practices could expect to spend between $1960 and $5900 per practicing physician.

For more information on how ICD-10 might be affecting your clients, read “What Toll Are ICD-10 Delays Taking On Your Healthcare IT Clients?”