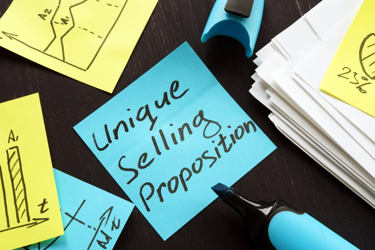 Is there any rational B2B salesperson who believes their performance, revenue generation will be “amplified” with another CRM extension, another sales ops system, or now, “revenue amplification?”

There were days, long ago, when a salesperson had a territory, lived in it for years, knew all the influencers, the competitors, the prospective customers, and built A, B, and C Lists.

The A List contained the firms likely to decide within the next 12 months, (not the next quarter) and received direct attention.

The B List reflected the highly qualified receiving attention aimed at moving them along the sales cycle in a way favorable to the salesperson’s offering.

The C List candidates were never likely to need one of our salesperson’s offerings so just leave them alone.

Salespeople made in-person calls because they had something to add. Personal presence was a value add to the process, their information something the prospect could not get anywhere else.

OK, along came the internet and prospects found their information on websites and no longer needed that salesperson. They became obsolete. They shriveled up and went away. Or did they?

Did these B2B salespeople disappear or did venture-funded management force a culture of “close it this quarter or die” on the B2B community that changed the game far more than the internet?

Did the “metrics-driven sales madness” where there was no visibility or importance to a deal more than 90 days out overwhelm professional B2B sellers?

Metrics-driven madness is a new thing. It started around 2008. It is the direct result of the category blending in sales enablement software. It is caused by VC funding.

We never met a competent rep who did not loathe Salesforce.com. We observe an inverse relationship between sales productivity, driven by imagination and innovation in the field, and one’s love affair with CRM systems.

Our experience is those who love CRM are the same sales bureaucrats who get their “deal lists” ensuring their success from managers who seek compliance over competence.

CRM systems grew in parallel with the decline of salespeople regularly making quotas. Also in parallel, sales rep turnover grew to its alarming level: today’s average time at a firm of around 13 -18 months.

Parallel growth does not mean CRM caused these problems, but there seems to be something there.

The venture community, desperate for another “category” funded a new distraction called SALES OPS. Yes! Sales ops birthed the category where any number of new little slices could be created, funded, and heaped on a growingly unproductive selling community to make them more productive!

But they aren’t. B2B salespeople are coalescing into tribes, hiding their instincts with some level of sales ops compliance.

There is the bureaucratic tribe. You know them. These are the metrics-driven types living in their spreadsheet, tracing the “buyer journey” and believing personalization at scale is not an oxymoron.

There is the quiet tribe complying with enough sales madness to fake out 35-year-old metrics-driven managers – so they can secretly squirrel away time to drive a territory and sell something.

There is a third tribe, small but having tons of fun and making all the dough. These are the fun kids, the cowboys, cowgirls or mavericks, renegades, or as we seem to recognize, the startup sales reps.

Their firms, not venture-funded, do not waste resources distracting their sales talent with useless metrics madness like CRM systems.

These reps wake up every morning thrilled to get into the fight against dinosaur competitors. This is the productive tribe, the ones who never died, or went away.

This is the sales tribe loathing CRM systems, forecasting on the back of an envelope and laughing about “sales amplification systems.”

They laugh because they know sales amplification comes from abandoning sales distraction software.

Jay Valentine is the CEO of ContingencySales, bringing disruptive technology to market without early venture capital.