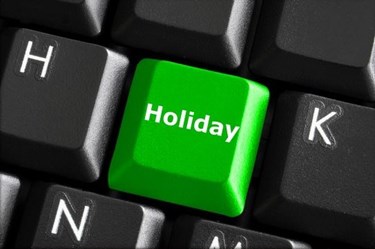 This holiday shopping season, two out of three retailers reported that there is greater pressure on their IT/security organizations during this rush due to additional temporary employees and increased transactions, according to a new report from Bay Dynamics and Osterman Research.  This pressure can mean greater opportunities for data breaches and other security problems. For VARs and managed services providers, (MSPs) this and other risks present a wealth of opportunities to help retailers confront vulnerabilities and establish safer protocols.

The Pre-Holiday Risk Report found retailers, overall, believe that they are successful in handing the security of their infrastructure, effectively identifying critical data assets that need to be protected; detecting theft or data leakage efficiently; and controlling employee access to critical data assets.

“As our report shows, retailers have a false sense of confidence when it comes to securing their sensitive information. They think they are doing a great job when in reality, there are gaping holes,” said Ryan Stolte, co-founder and CTO at Bay Dynamics. “For example, many retailers claim they know everything their employees are doing on their networks yet a significant amount assigns shared accounts meaning they have limited visibility into what their individual employees are actually doing on the inside.”

Another pitfall identified by the research is the inability among employers to identify which systems their temporary employees have accessed; 37 percent of those surveyed responded this is an issue for their company — and 8 percent of those surveyed cannot identify systems their permanent employees have accessed. In addition, 26 percent of employers admitted they don’t know if their temporary employees have ever accessed or sent data they should not have, while 14 percent said they cannot track permanent workers actions in this way.

Osterman Research polled IT decision makers at 125 large retailers (more than 2,000 employees in the U.S.) during November 2015. The survey covered retailers with a combined total of 2.74 million employees, or approximately 18 percent of the total number of retail workers in the U.S.