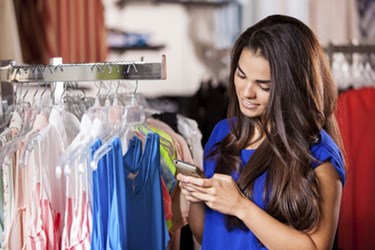 In the news this week, a new research paper offers advice for security POS devices and networks. And a new POS malware, LusyPOS, is discovered. In other news, a parallel can be draws between good technology and happy employees.

A new POS malware discovered through VirusTotal — LusyPOS — uses the Tor network for command and control communication. A blog post from reverse engineers Nick Hoffman and Jeremy Humble, states LusyPOS shares characteristics with both Dexter and Chewbacca. Hoffman and Humble ask, “When looking into malware families like Chewbacca and now LusyPOS, one thought comes to mind. Why would a POS machine be allowed to talk to Tor? Most PCI audits will attempt to lock this sort of activity down, but there seems to be devils in the implementation that allow malware like this to be successful.”

United Airlines will be outfitting its flight attendants with the iPhone 6 Plus during the second quarter of next year. United is moving toward a paperless flight experience, so these devices will house capabilities to complete onboard retail transactions and the flight attendants’ safety manual. Additionally, United hopes to develop several customer-focused tools for the 6 Plus.

Pittsburgh Business Times reports that American Eagle Outfitters has developed a new app to allow customers to check out via mobile. While only in 10 locations now, the company expects to expand this new POS to all locations next year. The app was developed in-house and was updated eight times this quarter in comparison to eight times total last year.

Krispy Kreme is testing a new loyalty app in a few markets according to QSRWeb. This new app, My Kreme Treats, somewhat piggybacks off their previously existing Hot Light App. This new app allows customers to store credit card information and pay using their iPhone or Android device. Every dollar a customer spends is converted into points redeemable for free doughnuts and coffee. Additionally, new users get a free doughnut for downloading and registering their app, a free doughnut and coffee for their birthday and other “treats” tailored to them throughout the year.