Restaurant And Hospitality IT News For VARs — March 17, 2014 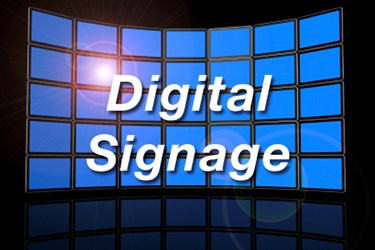 An article this week gives an example of a digital signage application for hotel swimming pools. Also in the news, a growing number of quick service restaurants are accepting bitcoins, and m-commerce is expected to grow to $626 billion in 2018.

Hotel pools could be the next big thing in digital signage, according to Digital Signage Today. 3D mapping technology, often used on buildings, could see new life on the surface of water and would be cheaper to implement, PointCloud CEO Jack Hattingh says. One particular experiment with this technology took place at a Sheraton in Hawaii. Using 3D projection mapping technology, PointCloud Media superimposed graphic figures of aliens, dragons, and marine life on the pool surface.

While the controversial bitcoin has yet to be accepted into the mainstream payment realm, QSR Magazine says that a growing number of QSRs are accepting the digital currency. One merchant that accepts bitcoins says customer only need to take a picture of a barcode at the POS and the transaction is completed. One consulting firm says this could be a good way for restaurants to connect with customers.

A recent Goldman Sachs forecast (highlighted in The Atlantic) expects m-commerce will grow to $626 billion by 2018 — and triple from 2012 to 2014. A majority of m-commerce will come from tablets.

According to the St. Cloud Times, restaurants in Minnesota have begun to implement food safety training programs via smartphone or tablet. This digital effort to promote safe food preparation will help ensure that all employees remain up to date, especially in a busy work environment.

Nation’s Restaurant News says that a new survey from AlixPartners shows nearly 30 percent of American consumers plan to spend less on dining out this year. Diners expect to spend about $13.55 per restaurant meal this year, which is 9.1 percent less than the $14.91 they spent per meal last year.

While only a quarter of consumers are willing to make an in-store payment via mobile, those that do spend, on average, twice as much. “The Consumer View of Mobile Payments” study found.