Remove Cost And Time As Barriers To EMV Upgrades 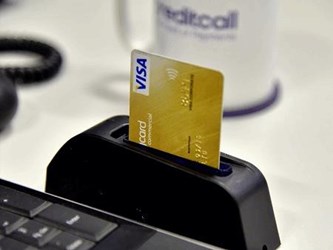 Despite being about 18 months past the EMV liability shift of 2015, EMV adoption within the United States has yet to hit a tipping point. For a variety of reasons, adoption has been slower than some might hope. One factor affecting adoption rates is the cost of the EMV terminal upgrade. If merchants don’t see the value of an EMV upgrade, paying thousands of dollars to replace their existing — and working — mag-stripe readers can be a tough sell for VARs, software developers, and ISOs.

In a survey conducted by Business Solutions magazine of its VAR, software developer, and ISO audience in early May 2017, 43 percent of respondents indicated that the reason why merchants had not yet completed EMV upgrades was due to the upgrades being too costly.

At the same time, the survey showed that only 14 percent of these payment and point-of-sale (POS) solution providers feel that EMV is in their rear-view mirror, highlighting the industry reports that there are still plenty of merchants in need of upgrades and plenty of opportunity for solution providers.