Video analytics and remote monitoring can provide a fast payback for clients, and ongoing revenue for VARs.

After-hours security solutions have traditionally relied on a mix of passive and active solutions — video feeds that merely record activity, or on-site security guards. Over the past several years, though, remote video monitoring has emerged as a viable third option, enabled by video analytics technology that can save money for customers and allow integrators to expand their security portfolios. 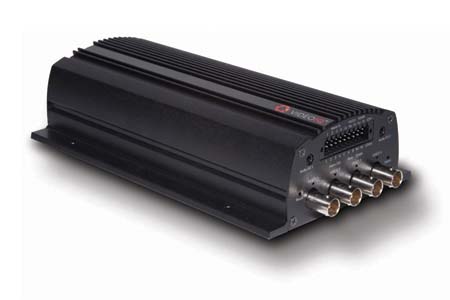 According to Howard Wolf, senior security consultant at Protection Technologies Corp. of Miami, FL, traditional CCTV cameras don’t stop crime, they only record it. The latest generation technology is much more reliable and effective than before. While Wolf says that early analytics solutions failed to deliver the promised benefits (and often generated a lot of false alarms), the technology available now can help access-control VARs and integrators deliver cost-effective security solutions that provide a fast ROI for clients, and a source of ongoing revenue (and goodwill) for resellers.

Wolf’s company deployed a new security system for an auto dealer that recently opened a pre-owned vehicle facility in an inner city area. The 500-foot-by- 300-foot lot was exposed on three sides, and in an area with both a lot of pedestrian activity and a high crime rate.

Protection Technologies had installed a remote video monitoring system for the same dealer at another location several years prior, using photo beams and volumetric passive infrared detectors. For the new lot, though, Wolf was able to configure a solution that leveraged video analytics with a monitoring center to great effect. “I was able to present next-generation technology that provided significant improvements and enhancements,” Wolf says.

Wolf had already worked with VideoIQ’s all-in-one video and analytics solution on several prior projects, and designed a system for the auto dealer using the VideoIQ Rialto A4 analog analytics appliance (which can analyze and record multiple cameras simultaneously); 12 Honeywell HD273 outdoor, vandal-resistant day/ night dome cameras (with infrared LEDs); and speakers mounted on poles (which Protection Technologies installed) around the perimeter of the lot. Wolf outsourced the monitoring function to a third-party remote video monitoring company, and installed an alarm system that allowed management to turn the system on and off using wireless key fobs.

“I had installed the VideoIQ solution several times prior to this customer,” Wolf says. “When this client purchased the new facility, he was well aware that security would be a high priority, and he reached out to me to see what I could offer.”

A Polite Warning Thanks To Video Surveillance
If someone enters the lot after business hours, the video monitoring company receives an alert, a recorded video clip, and live video. Once they visually verify that there is an unauthorized person on the lot, monitoring agents make an announcement over the dealer’s PA speaker system politely informing the intruder that the dealership is closed and to please come back during business hours. When the monitoring agents speak to the late night visitors, they include details in the message (“I’m speaking to the person in the red jacket.”) to let them know that they are being watched “live.”

“Much to the owner’s surprise, there turned out to be much more activity on the lot than they ever suspected,” Wolf says. “They usually would find one or two people there every night from about 11 o’clock until 1 a.m., and one or two people after two in the morning.”

The response from the people wandering the lot late at night is usually a hasty exit. “People are shocked, and look right up at the speaker installed next to the camera,” Wolf says. “We frequently get some good recognition quality video.”

The system has performed so well that so far no one has had to be arrested. “There were a few times we did have to call the police, and we got a lightning fast response once the monitoring company called the police and told them they had trespassers on site, and they were watching them on live video,” Wolf says.

The analytics features of the VideoIQ system help prevent false alerts. The system creates a virtual fence (and “regions of interest”) around the dealership, and the system can detect when people are moving by on the sidewalk. “That doesn’t generate an alert, but it does provide the monitoring agents additional information when someone actually crosses the virtual tripwire boundary into the dealership,” Wolf says. The system also tracks direction of travel, which allows the solution to “follow” people as they move from the sidewalk toward the dealership and appear to be headed onto the property, as well as “dwell time” of anyone loitering near the property.

The system does occasionally pick up dogs, cats, and other animals, but the analytics can be configured to prevent those alerts. “We can adjust the sensitivity of the system to eliminate that, but because there is so much activity at this site on a nightly basis, we opted to keep the sensitivity higher,” Wolf says.

Sell The Fast ROI Of Video Surveillance
The return on investment for this type of system is usually less than a year, Wolf says, and is typically measured against the cost of hiring an overnight security guard. With this client, Wolf says a guard would cost the dealer about $55,000 per year for the same monitoring hours. “For this facility, the cost of the system was about $40,000, which provided a ROI net of monitoring fees of 10.5 months,” Wolf says. “They are looking at a five-year savings of $195,000.

Wolf says that these solutions are typically installed with his warehouse and industrial clients, which experience an even faster ROI, because the cost of having an overnight guard on duty is higher (approximately $85,000 per year in Wolf’s region). While the clients receive a monthly bill for the monitoring service, Wolf says that the hourly cost of remote monitoring is about $1.60 per hour, much less than an on-premise security guard.

Remote monitoring also provides much better coverage than a live guard, who may only conduct hourly rounds. “Criminals tend to work in teams, so you’d have one person watching the guard, and following his patterns,” Wolf says. “They wait until he’s on the other side of the lot or facility, and then break in. The intelligent cameras are going to detect anyone entering the property. It takes what would otherwise be a passive security program and makes it very proactive.”

For the VAR, these solutions provide an opportunity to establish long-term contracts with clients that provide ongoing maintenance, support, and monitoring revenue. “They usually want a long-term contract, because they are not familiar with the technology,” Wolf says.

The solution at the new lot has been so effective that the client has asked Wolf to revisit the company’s older system at the other facility, which has reached its end of life from a technology standpoint. “These systems have an amazing ROI,” Wolf says. “They enable users to affordably add remote video monitoring, which dramatically improves security and saves them a significant amount of money. That’s a very clear, easily measurable savings. I don’t know that you can truly put a number on the effectiveness from a security standpoint. The system performs analysis of every single frame of every camera all the time. I would venture it is thousands of times more effective than an on-site guard could ever be.”