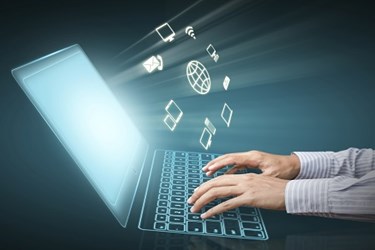 In the prehistoric age of computers, when they took up entire rooms in tall buildings, remote support was just a twinkle in the eyes of early engineers. Fast-forward several decades to the 1980s and the advent of the World Wide Web and voila! Remotely servicing machines was no longer a wishful thought, but an actual possibility.

Today, with billions of smart devices around the globe to support, managed service providers (MSPs) have come to rely on remote access tools to troubleshoot technology issues wherever the end user is in the world.

As remote access solutions become more sophisticated, there are fewer reasons to send technicians on site to support devices. This not only adds to an MSP’s bottom line, it also makes technicians and engineers more effective at their jobs.

In its simplest form, remote access is a process where a technician is able to access a machine (it could be a computer, smart phone, or a server) from another location.

Can you think of an industry that doesn’t use smart devices (computers, phones, tablets, etc.)? Somewhere in the company’s infrastructure, there’s a machine - and those machines can malfunction. As glamorous as it would be to fly all over the globe to fix computers and phones in exotic locations, it’s not exactly cost-effective to send techs troubleshoot issues in person. So, when tech issues arise, it’s remote access to the rescue!