2017 Predictions For IoT And The Rise Of Smart Cities 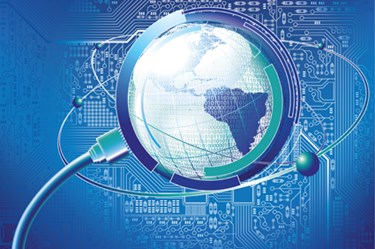 IoT will help things get smarter in 2017 – from industry to cities to homes.

Gartner estimates 1.6 billion connected devices would be used by smart cities in 2016, with that number escalating in 2017, due in large part to the expected increase in the number of smart cities.

“Smart commercial buildings will be the highest user of Internet of things (IoT) until 2017, after which smart homes will take the lead with just over one billion connected things in 2018,” explained Bettina Tratz-Ryan, research vice president at Gartner.

IoT Regulation
One aspect of the rise of IoT and connected devices will be increased oversight. Regulators will need to take greater interest in IoT, although analysts say the impact of any regulation will likely remain limited for the near future. And a lack of IoT standards will continue while this oversight process is considered as companies are more concerned with protecting market share than with consistent standards, according to Machine Design. Meanwhile, Forrester predicts major vendors like Cisco, IBM, and Microsoft will compete for IoT certification attention and industry-specific certifications will take root.

Industry And The IoT
Stanford lecturer Timothy Chou predicts IoT connected devices will get smarter in 2017, particularly in industry. While the industrial applications of IoT are still fairly “dumb,” Chou predicts we will begin to see more intelligent technologies like quad-core microprocessors in Videojet industrial printers, as well as the diversification of “thing” computing software from personal computing software. In 2017, Chou says there will be a move towards more connectivity in industry using LoRa — a low-power, long-range wireless protocol — at the low end or 60 GHz wireless technology at the high end.

Smart Cities And The IoT
2017 will see the continued rise of smart cities across the globe, with an increased focus on investment models to support the implementation of city-wide energy efficient systems, according to Analysys Mason. New investment models will be a critical element for the implementation of full-scale smart city operations in 2017.

“Thanks to data collected from sensors, smart cities can interact and engage with residents and businesses, creating a collaborative environment,” said Tratz-Ryan. In Singapore, for example, sensors in bus stops can identify people with different needs — buses are announced early to allow enough time for elderly people to be ready to board. In Malaga or Madrid, environmental sensor-mounted bikes or mail carts register air pollution, with the data uploaded onto a Web portal accessible by the public. “Citizens can actively contribute to the development and strategic direction of their city,” added Tratz-Ryan. “At the same time, businesses become more empowered to utilize the sensor data to create their value proposition.”

“The awareness of the potential of Smart Cities has grown exponentially over the past year. States, provinces, counties, cities, and national governments realize they can positively alter the lives of millions of urban residents with the technology and data-driven opportunities digital transformation provides,” says Ruthbea Yesner Clarke, global director, Smart Cities Strategies at IDC. “This transformation is not without challenges, as a broad ecosystems of partners must work together to implement complex initiatives, and this will affect the entire program life cycle from policies and regulation to worker training and process improvements.”