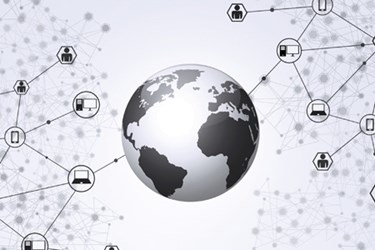 Last week, TechNavio released its report on the Global Connected Wearable Devices Market, predicting an increase in market at a compound annual growth rate (CAGR) of 54.11 percent by 2018.

The range of the report covers only wearable devices used by individual consumers, rather than enterprise consumers. The report defined wearable devices as apparatuses worn or attached to the body during use that have capabilities to connect and communicate either directly to a network or via other devices including smartphones, tablets, or PCs and devices like Google Glass, Nike Fuelbands, and FitBit. The use of these devices falls into several segments, including fitness, entertainment, healthcare, and lifestyle.

With the growth of the Internet of Things (IoT), the market looks promising for wearable devices. According to the recently released CompTIA report, the IoT is predicted to grow from 14 billion connected devices to 50.1 billion connected devices by 2020, an increase of 36.1 billion devices in a six-year span, citing studies by Gartner and IDC. The CompTIA study also points out as the IoT grows, more “industrial and emerging things” will follow the growth of consumer devices.

Prices of wearable devices are also playing a huge role in the growth of the market, with manufacturers dropping prices in order to appeal to a larger consumer segment and contend with competitors.

On the increase in declining prices, Faisal Ghaus, VP of TechNavio said, “This market in the U.S. is witnessing intense competition between start-ups and large players. Therefore, several companies are reducing the retail sales price of their devices in order to stay competitive, capture a solid consumer base and maintain market share.”

Companies set to play a key part in the market increase include Adidas, Google, Motorola, Nike, Pebble Technology, Samsung, and Sony, with over 100 other prominent vendors to play a role in the market growth.

To read more about the report, visit this site, and to find out more about TechNavio, click here.