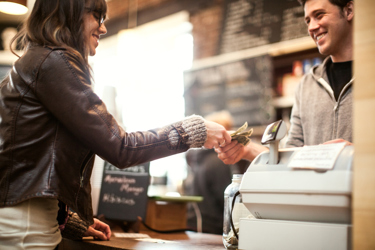 Efforts to Protect the Use of Cash Payments Gain Momentum | Robbing a bank in Sweden isn’t what it used to be. Just ask the man who attempted to rob a cashless bank. Sweden is the first country to move toward a cashless system. Only about 1% of the country’s GDP moves in cash and the government is working on developing a digital currency.

Other countries are watching the Sweden example to see whether it makes sense to banish legal tender. Proponents of a cashless society have predicted the demise of cash for decades, but not everyone wants to give up physical currency since it would hurt marginalized communities. Efforts are under way in the U.S., U.K., China and Eurozone to protect cash.

In the U.S., the Consumer Choice in Payment Coalition, has been working to protect the use of cash through efforts such as supporting the Payment Act Choice in Congress. The bill won approval from the House of Representatives in July through a voice vote, but it still must go to the Senate before landing on President Biden’s desk for signing.