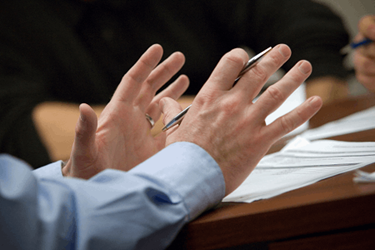 If there is anything I use daily from my six years of postsecondary education, it is my negotiation knowledge and approach. I use it daily in my personal life and almost hourly at work.

The reality is the ability to negotiate was not developed in the Negotiation course I took for my MBA; it is a trait ingrained within us from early childhood. One of the world’s renowned negotiation specialists, Dr. Chester Karrass, published Give and Take: The Complete Guide to Negotiating Strategies and Tactics in 1974: If you have not heard of him hold on to your seats because I am about to change your world for the better.

I remember a situation where I had to give my three-year-old, Ayleen, a bath before bed. I called her and said it is time to go upstairs. “Five more minutes,” she said ecstatically. It wasn’t too late so I decided to oblige and said, "OK" Right away she yelled, “Daddy, can we do 10 more minutes?”

I made a rookie negotiation mistake. It wasn’t a big deal in this particular situation, but companies have lost millions from that same rookie mistake. My kid did not attend a post-secondary school and had very little “real-world” experience, so how could she know one of the oldest negotiation ploys in the world? The answer is because she is human.

To make this article a practical one, I will truncate and outline a brief of Karass’ Streetwise Manipulation ploys which is detailed in his book. When we speak about negotiation ploys, we should distinguish them by groups, of which there are three main types: Dominance, Shape, and Closing. Each group has its place throughout the negotiation process. Any ploy has the right timing for execution, the right way of execution, and an effective countermeasure. The secret of negotiating with a person who uses ploys is to be aware of them and to identify them. Once you know one has been used, you will see a way to counteract it.

These ploys are intended to create a biased environment. It is less fair toward one side (usually the other side) and in most cases will take place in the early stages of negotiations. Here are some frequently used ones:

Pre-conditions sets the scene between the negotiating parties. Either the conditions are met or there is no purpose in meeting. It includes insistence on “prohibition on working with competitors,” “assignment of intellectual property rights,” etc. The tricky part here is to determine whether this is a dominance ploy or a trust-building step, and it all depends on the context. In an extreme example, a hostage negotiation, the release of some hostages — sick, young, injured, of age, etc. — is a trust-building pre-condition as a step toward the tough negotiations ahead. The same principle applies to business.

This widely used ploy asserts some issues are just “non-negotiable.” If the non-negotiable items are of great importance to you it could be a deal-breaker — unless and until you overcome this obstacle. The strength of your BATNA (Best Alternative To No Agreement), what cards you still have to play, how much you fear what they have threatened, and what time you have will determine how you should proceed. Sometimes, you just get past these issues and see what progress you can make throughout the negotiation, then get back to the non-negotiable items. Just make sure you let the other party know you would like to review this at a later stage.

This is a subtle yet powerful move to create the agenda with specific content or a predetermined order beneficial to the organizing party. The simplest example would be for the organizing party to have an agenda order that suits their needs because it presupposes hidden constraints on what follows (i.e. if you agree on a total budget at the beginning, you will be at a disadvantage trying to cover all your expenses and therefore reducing your profitability).

Appearing on and off in the middle stages of negotiations, these ploys determine how potential settlements are perceived and facilitate expectations of what is likely. Shaping ploys are usually the dirty tricks we all hate, but we cannot underestimate their power. As every deal can be cut multiple ways, the manipulator will try to get concessions here and there, often without offering much in return (if anything at all). Among the most common ones are:

Contrary to popular belief, this ploy doesn’t need more than one person. In many cases, it is easier to implement a two-person scenario. However, in many cases, the ploy is done by a single individual negotiating and a distant (sometimes imagined) committee or manager. The negotiator on the other side understands your stance and empathizes with your situation, but they have an unsympathetic boss/committee and, unless you help them (make concessions), they will not be able to advocate for you when they bring your case back to their head office.

This is a simple, effective, and (according to Karrass) ethical ploy. It involves convincing the seller you “love” their product but, due to a strict budget, they must lower their price to get your business. A better deal might be possible depending on the seller’s reaction. The top reason this is used is to test the credibility of a seller’s price. The assumption of some clients is prices are often padded so such a test can expose the seller and get them to the real price. On the other hand, some sellers pad their prices as protection against client’s Bogey ploys. As one of the most common ploys, Karrass offers some counters:

This ploy is an ongoing and long-term ploy, usually used by unions (especially in the public sector) and comes in slices. Let’s say you are unable to get an agreement for a big change such as a company pension structure: You can attempt to get it one slice at a time. You can offer that only employees who’ve worked for the company for more than 20 years get company paid pension contributions. The other side compares hundreds/thousands of employees versus a couple dozen and agrees. Guess what you’ll do the next time there’s a negotiation (and every time thereafter)? You got it! Bring it down to 15 years (or 10 if you have a better BATNA). The reality is this ploy never leads to anything good, long-term.

These ploys are extremely powerful, dangerous, and impactful toward people who cannot identify them. They are implemented toward the end of the negotiation, just when the other side is feeling everything has been agreed upon. Among the most frequently used one, you may find:

When everything has been discussed and agreed upon and it is time to ink the agreement, especially if it has been an agonizing process, you feel euphoric. This is by far the most dangerous time for this ploy. As the hand hovers over the dotted line, you hear the dreaded “Yes, but….” It seems if we just solve this small issue we mentioned before, we can finally sign. Obviously, when you accommodate “just this little issue,” the next one follows quickly. Always hear out all the, “Yes, buts …” and then decide whether you agree contingent on signing or open up the negotiation completely, as their requests have been outside the agreed-upon package.

Ultimatum-like approaches. These two ploys are very similar: One has a presumed “deadline” approaching and decisions/agreements must be done before it arrives, while the other is a blatant ultimatum. Oftentimes an ultimatum contradicts the whole concept of negotiation. Surely they will prefer that you “take it,” though it sounds as though they are indifferent. Your choice is to do exactly what they demand if that’s the best you can do or leave it if you have a better BATNA.

I have to admit, I never thought of this as a ploy. When I went over this the first time, I was so mad for falling for this so quickly. This is the most seductive ploy of all, yet it feels so reasonable and fair. When the difference is fairly big, one side suggests splitting the difference. As this seems the only path to an agreement, you agree.

Two things worth mentioning: You have just moved 50 percent across the gap and the other side offered to move (at least) 50 percent. This reveals the offering party’s willingness to move 50 percent toward you. You can insist that, although they can obviously afford to move, you cannot. Now, you have countered this ploy and positioned yourself better within the negotiation. Respectfully, attempting this yourself might expose you as vulnerable to the same counter.

For all ploys applied toward you, the first step in defusing them is to be aware of and identify them. Re-assessing your BATNA and where you stand in the negotiation is recommended prior to making any rash decisions. Then, as I have seen in many cases, the best approach reveals itself. This article is less about making you an expert negotiator, but rather providing you with a brief and concise breakdown of the most commonly used ploys to help you be aware of them (as the first step).

Alex Zlatin is an author, speaker, and CEO of Maxim Software Systems. His company assists dentists and their staff in providing oral health to their patients through technology and expert advice. Zlatin has authored Responsible Dental Ownership – Balancing Ethics and Business Through Purpose to help dental clinic owners find their purpose and leverage it to manage their business and lead their team. He lives in Winnipeg, MB, Canada with his wife, daughter, and son. If you have any questions or would like to chat, please feel free to reach out at alex@maximsoftware.com.