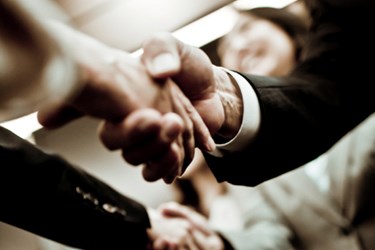 Fujisoft Incorporated, a Japanese IT systems integrator and solutions vendor, has entered into a strategic partnership with Mofiria Corporation, a biometrics-equipment manufacturer spun out from Sony in 2010, to offer advanced finger vein authentication (FVA) solutions to both public and private organizations globally.

FVA is a method of biometric authentication that uses pattern-recognition techniques based on images of human finger vein patterns beneath the skin’s surface. As explained in a video posted on BiometricsUpdate.com by Satoshi Amagai, Mofiria President and CEO, Mofiria uses a CMOS sensor that diagonally captures vein pattern images by reflecting near-infrared lights inside the finger.

The video demonstrates that because deoxyhemoglobin in the blood absorbs near-infrared lights, vein patterns appear as a series of dark lines. An image of the finger vein patterns is captured by the near-infrared lights combined with a special camera within mofiria’s flat device layout. The image is then converted into pattern data and stored as a template, incorporating a person’s biometric authentication data. During authentication, the finger vein image is captured and compared against the stored template of the user. Mofiria designs user-friendly embedded and standalone devices incorporating a patented special matching algorithm that enables fast and accurate operation. The matching algorithm automatically corrects and adjusts a finger’s position data, thereby enhancing the solution’s usability.

Reiko Yasue, director of Fujisoft's Global Business Division, states, “We're excited to announce our partnership with mofiria, one of the most innovative companies around biometric security and specifically finger vein authentication. This partnership underlines our joint ambition to support customers globally in protecting their most valuable assets from information leakage and fraud.” Satoshi Amagai, Mofiria President and CEO, follows up by stating, “Our goal is to become a leading international solution provider within the biometric authentication industry. We have very strong confidence in the quality of our vein authentication solutions.”

In an interview with Find Biometrics, mofiria CEO Satoshi Amagai and Jintaro Nozawa, Fujisoft explained that, because of its accuracy and reliability, FVA technology is particularly valuable for industries that require high-security standards such as government, finance, critical infrastructure, medical, cloud computing, and education. Mofira's patented device layout can be easily incorporated into a broad range of products and services including: gateway security systems, financial transaction devices, or mobile devices. For example, mofiria’s FVA solution has been embedded in ATM terminals in China for Banks that wish to differentiate themselves with more secure customer services. The growing demand for transaction safety and security will lead to increased adoption of biometric authentication technology in the banking industry.

Furthermore, FVA is finding increased adoption by public institutions such as the Turkish government, which just rolled out a nationwide project. It aims to equip national hospitals and pharmacies with biometric identification systems in order to strengthen security standards for patient information and access to medical records.

Interestingly, vein recognition is a biometric that has traditionally been seen as difficult to hack or spoof, as the biometric patterns created by the vein structure in a person’s finger are hidden from view. However, this article from Planet Biometrics explains that Swiss researchers have found a way to spoof a vein recognition device, albeit not a commercial sensor by one of the main manufacturers of such technology — predominantly Hitachi and Fujitsu. The attack was performed by the biometrics group at the Idiap Research Institute in Switzerland, while the finger vein device is an open sensor provided by the University of Twente.