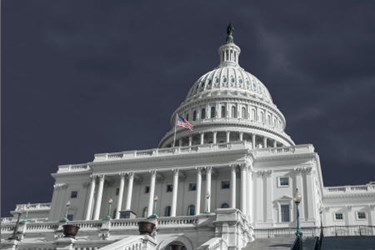 House Judiciary Committee Chairman Bob Goodlatte (R-Va.) has joined with both Republican and Democratic colleagues to introduce a bill designed to address the ever increasing problem of abusive patent litigation. The bipartisan Innovation Act (H.R. 9), which is the same legislation that passed the House in 2013 but died in the Senate, builds on the reforms that were made in the America Invents Act and addresses certain abusive practices taking place in the U.S. courts.

In discussing the proposed legislation, Chairman Goodlatte comments: “In recent years, we have seen an exponential increase in the use of weak or poorly granted patents by patent trolls to file numerous patent infringement lawsuits against American businesses with the hope of securing a quick payday. American businesses small and large are being forced to spend valuable resources on litigation rather than on innovating and growing their businesses. With our current patent laws being abused in ways that are threatening the survival of American innovation, the Congress must act to curb abusive patent litigation. The bipartisan Innovation Act contains commonsense reforms and makes the patent litigation process more transparent…”

The legislation has been lauded by many in the retail and merchant industries. “This legislation is an important step toward disrupting the operations of patent trolls, who make a business of threatening companies large and small with dubious patent infringement claims and unreasonable demands,” National Retail Federation (NRF) Senior Vice President for Government Relations David French says in a press release. “Retailers are among patent trolls’ most frequent targets thanks to the industry’s use of cutting edge innovation and technology.”

“It’s time for those who use the patent system, patent law and the courts to profit on false claims to rethink their extortion-driven business model — their time is up,” French says. “NRF looks forward to working with Congress to pass bipartisan patent reform legislation this session that protects both the innovative work of inventors as well as businesses targeted by parasitic patent trolls.”

The Footwear Distributers and Retailers Association (FDRA) also supports the proposed legislation. FDRA President Matt Priest explained: “More and more footwear companies are being impacted by ridiculous patent trolls. This is a destructive practice to our industry and FDRA not only supports this legislation but will actively push for its passage on Capitol Hill as soon as possible,” says FDRA President Matt Priest.

To advance the pursuit of patent reform legislation, NRF and Oracle also teamed up to form United for Patent Reform, a new coalition comprised of grocery, hotel, retail, restaurant and technology companies and trade associations dedicated to curbing the abuse and misuse of the U.S. patent system.