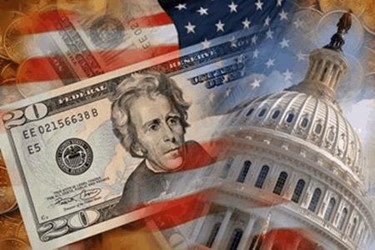 While many of us are eager to have that feeling of dread around tax filings behind us until next year, America’s largest corporations won big this season, netting a combined $4.3 billion in tax refunds from the U.S. government. And that’s without paying a single dollar in federal income taxes.

Even with new tax reforms making it easier for corporations to minimize their tax liability and the slashing of the corporate rate from 35 to 21 percent, many large corporations are still dodging taxes. The U.S. Treasury Department reported that fiscal year corporate tax collections fell from $297 billion in 2017 to $205 billion in 2018, amounting to a 31 percent year-over-year drop, the biggest in U.S. history outside of a recession.

The difference between tax avoidance and evasion is a grey area, but one that U.S. businesses and multinational conglomerates tread with little hesitation. Taxes have shifted from a “cost of doing business” to another line cost that can be streamlined with the right tactics and loopholes, such that big corporations end up paying less than the average American.

Since the global financial crisis, tax enforcement has increasingly become a priority as governments attempt to curb the potentially harmful tax practices of multinational entities. Additionally, rising rates of child poverty and homelessness, and subsequent increases in costs of government and social programs, are calling attention to the billions in lost revenue due to corporate tax evasion.

Research shows that almost 50 percent of U.S. multinationals’ profits are currently generated in tax havens, while back in 1970, the number was less than 10 percent. The Tax Justice Network recently named the British Virgin Islands, Bermuda and the Cayman Islands amongst the top three jurisdictions that are most responsible for the breakdown of the global corporate tax system. The report calls out that “these countries have aggressively undermined the ability of governments across the world to meaningfully tax multinational corporations. An estimated $500 billion in corporate tax is dodged each year globally by multinational corporations – enough to pay the UN’s under-funded humanitarian aid budget 20 times over every year.”

Smaller economies and countries that have traditionally served as tax or offshore havens are getting pressured to ramp up monitoring, remove secrecy and stiffen regulation. Just this past year, the Cayman Islands said it was increasing its economic substance requirements for foreign businesses in an attempt to deter cross-border tax evasion. While a positive step in the right direction, the counter effect of such initiatives is that they can often steer organizations toward doing business in less regulated, more tax-friendly jurisdictions.

So how do we combat this global issue? One critical step is to create a worldwide groundswell that will reverse the current course of the global corporate tax avoidance system. One such example is the Organization for Economic Co-operation and Development’s (OECD) Inclusive Framework on Base Erosion and Profit Shifting (BEPS), which is helping to exploit “gaps and mismatches in tax rules to artificially shift profits to low or no-tax locations where there is little or no economic activity.” The initiative brings together over 125 countries and jurisdictions, 80 of them being developing countries.

Another step in the right direction is the concerted and coordinated effort between national governments to create accurate Beneficial Owner Databases. This is happening in both the U.S. and the EU to allow tax authorities to better understand who owns the companies and assets in any country, and if any ownership moves offshore.

Big data and tech solutions also will play a key role in helping to facilitate information exchange across countries and jurisdictions, streamline auditing and identify trends and shifts in corporate tax practices as a result of reform efforts like BEPS. Enforcing greater transparency among big corporations and multinationals will be another critical step toward eliminating opaque structures that serve as a conduit to facilitate tax evasion and avoidance.

One thing that is missing is legislation that forces multinationals to disclose the revenue generated in each country. This will give tax authorities a clearer picture of what potential tax is owed where, as they currently have no way of finding this information.

Taking these steps will make headway in policing big corporations to ensure every enterprise, not just individuals, pays their fair share.

Alexon is a hands-on AML practitioner with over 20 years of experience helping financial institutions with AML strategies, architectures and implementations. As head of AML solutions at Quantexa, he works closely with clients to build, deploy and optimize AML systems across numerous areas, including trade and correspondent bank, to reduce cost and risk.