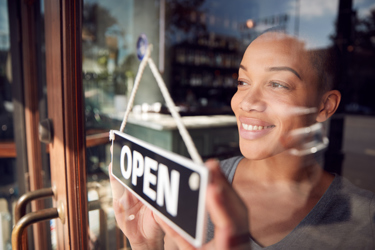 Counter space is some of the most valuable real estates inside a retail store. An organized, neat counter with accessible Point-of-Purchase items projects care and intention to customers and may even convert them into lifetime shoppers.

However, too often retail counters are messy. Especially at small stores, it’s common to find cash drawers, scanners, printers, and monitors from different vendors, also known as “Pieces and Parts”– all tied together by an entanglement of Ethernet cables, power supplies and extension cords visible to shoppers. This can create a bad impression on your shoppers.

A Service Channel study found that 70% of a sample of 1,521 shoppers had a negative experience at a store in the previous six months. Nearly two thirds of shoppers (64%) had “walked out of a store because of its physical appearance or disorganization.”