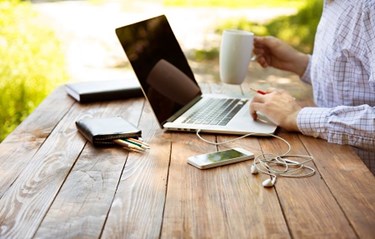 Staffing is hard. Getting the right mix of skill sets, hiring good employees with great communication skills, creating positive team chemistry, and finding people of technical competence – all of these factors are crucial to product and project success.  In the US, this task has become increasingly difficult. A tightening job market in all the big tech hubs, increasing salaries, and changing technologies have all led companies to look at increasing their distributed workforce. Whether it is placing emphasis on an easier domestic staffing location or offshore work distribution, each of these staffing solutions brings challenges.

And these issues are becoming more urgent. Fujitsu’s 2017 PACT report found that 70 percent of firms believe there is a noticeable lack of digital skills in their workforce.  Director and CEO of EMEAIA for Fujitsu, Duncan Tait, said employers will soon face a “competition for talent” as they all begin to focus on the small number of people who have relevant science, technology, engineering and math (STEM) skills.

At LogiGear we wanted to find out how this shift in staffing needs and availability is going in the current software development world.  We conducted a survey specific to distributed testing.

You can find the results of the Modern Distributed Test Teams Survey online at LogiGear Magazine: http://www.logigear.com/magazine/survey/survey-results-modern-distributed-test-teams/

This survey is the fourth and final topic in LogiGear’s 2017/2018 State of Software Testing Survey series and covers topics such as training, respect for distributed teams, skill levels, types of work distribution and the goals for distributed work engagement. We found several positive results about outsourcing and offshoring. It is meaningful that the general view is that outsourcing/offshoring within an organization is effective and successful by a large margin.

The results are clear to the question:

Is your outsourcing/offshoring (any variety) successful or effective?

Ideally, we wish the success rate was 100%, but in reality, many projects fail regardless of where the work is done. Seeing success rates close to 80% is very encouraging.

The need for additional or diversified staffing has in the past sometimes been overshadowed by logistical problems such as lack of effective communication infrastructure, lack of proficiency in English, significant time differences, or constant late night work phone calls.  These factors impact team attitudes about the distributed teams.

Attitude is essential to team dynamics. I have seen teams have negative attitudes about each other leading to project failure. If the teams have communication problems work is guaranteed to suffer. If the time zones issues have not been resolved for the better for both teams—work suffers.   When it comes to actually getting the job done, all team members need to have easy, full daily communication. There needs to be training, and people need to treat each other respectfully. All of this is easier said than done.  We examined these aspects and have found positive results.

Is the outsourced/offshore team respected and trusted to the same level as the internal team?

This aspect of the survey covers the differences in attitudes between teams. 84 percent of the home team thinks the distributed teams are respected. This result is significant.

The majority of distributed staff also say “yes,” but the number is significantly smaller. 54 percent say they are respected. 45 percent say no they are not respected. The latter number is quite high which is problematic.

There has been a lot of discussion lately on what skills home teams need for distributing work. We asked that question too:

What skills do you want the most when it comes to picking a distributed team?

It is surprising that the domain/subject matter skills are the primary need for only 20 percent of respondents. There have been many articles written about how more corporations are looking for domain expertise in distributed staff. Take financial services, for example. Having financial services-savvy staff testing financial software is supposed to be in high demand.

With technology labor markets predicted to get tighter and tighter, forward-thinking practices and positive attitudes about distributing work will be key to project success.

Michael Hackett, Senior Vice President and is also a co-founder of LogiGear Corporation, and has over two decades of experience in software engineering in banking, securities, healthcare and consumer electronics. Michael is a Certified Scrum Master and has co-authored two books on software testing. Testing Applications on the Web: Test Planning for Mobile and Internet-Based Systems (Wiley, 2nd ed. 2003), available in English, Chinese and Japanese, and Global Software Test Automation (HappyAbout Publishing, 2006). He is a founding member of the Board of Advisors at the University of California Berkeley Extension and has taught for the Certificate in Software Quality Engineering and Management at the University of California Santa Cruz Extension. As a member of IEEE, his training courses have brought Silicon Valley testing expertise to over 16 countries. Michael holds a Bachelor of Science in Engineering from Carnegie Mellon University.