IT Teams Responding To Rise Of Intelligent Machines 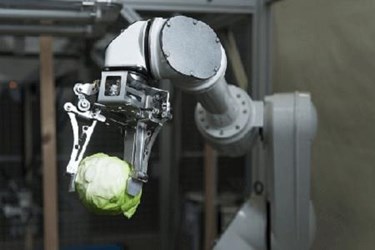 Survey examines the impact of intelligent business systems and automation.

Ipswitch survey results show how IT teams are preparing for the rise of intelligent machines. Exploring the fast-paced adoption of these systems, the report — Intelligent Systems in Action: The rise of the machines has already begun — looks at the positive impacts being observed in the commercial world and potential barriers to further mainstream adoption over the next decade.

Researchers found investment in intelligent business systems and automation is well underway across the globe. Respondents report their top current application deployments include digital customer engagement systems (55 percent), process automation and workflow systems (52 percent), and automated risk monitoring and management solutions (50 percent). Among the other findings of the study:

“Organizations are harnessing the transformative powers of intelligent systems to gain competitive advantage. But IT decision makers recognize that, while a force for good, these technologies also expose the enterprise to new internal and external risk vectors,” said Tony Lock, Distinguished Analyst at Freeform Dynamics. “As the pace of adoption increases, there will be no escaping the impact of intelligent systems on the enterprise — regardless of whether or not organizations directly invest in such technologies.”

The study found 25 percent of respondents expected fully autonomous, self-learning robots to be functioning independently within a business setting in less than three years, and an additional third saying it would happen within 10 years.

Other topics that need to be addressed are rogue decision-making resulting in direct commercial damage and an overreliance on machines that ultimately results in complacency. In fact, one-fifth of respondents say a key problem today is a lack of human oversight and de-skilling to the extent no one on the IT team comprehends the logic or processes underpinning systems. And while three-quarters say intelligent solutions will remove drudgery from IT operations, only 32 percent report being concerned intelligent systems may ultimately put them out of a job.

“IT professionals should approach intelligent machines with their eyes wide open. As network managers grow more confident with intelligent systems, they will become increasingly willing to tackle more complex applications. However, they need to ensure they have the right tools in place to enable intelligent systems and support the IT team to manage the impact of internal and external intelligent automation effectively,” said Jeff Loeb, Chief Marketing Officer at Ipswitch.