IT Services Marketing Isn't About Selling Anything; It's About Building Trust

As someone who spends a lot of time talking with technology business owners about the problems they’re facing and the challenges they’re trying to solve, I believe one core idea seems to crop up, time and again. It came up in conversation as recently as the other day, actually. 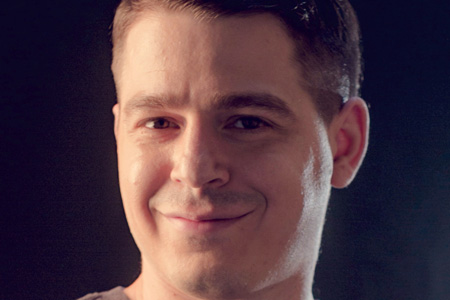 A client and I were in the middle of talking about modern day trends and strategies, and he said to me, “What I’m really looking for is a way to make sure my marketing is selling as effectively as possible. What do I do? Do I make it more aggressive? Do I lean heavier on emotions? What’s the right move, here?”

It gave me pause, because I realized that this client and I weren’t on the same page like I thought we were. Because the fact of the matter is that your number- one priority shouldn’t be to sell more effectively with your marketing, as marketing isn’t actually about selling anything at all.

TRUST REALLY IS THE SECRET TO EVERYTHING

Now, that’s not to say that the “selling” part of marketing isn’t important. Far from it. People aren’t going to buy anything if they don’t understand what it is, what it does, and why that’s important. You can’t get to that point until you put your “salesman” hat on and present your best possible argument on your services’ behalf.

But if you’re only looking at your marketing as a way to sell services, you’re tapping into about 1 percent of its full potential. Maybe less.

Consider the fact that according to one recent survey conducted by the experts at fastcompany.com, the major thing that people demand of brands is honesty about their products and services. At this point, people have simply been burned one too many times. They’re tired of dealing with brands that promise one thing and deliver another — so they’re putting their collective foot down. As a business owner who is confidently offering a product that you know is of a high quality, this is something you should be celebrating — but it’s also something that requires a bit of legwork on your behalf all the same.

"Roughly 47 percent of modern tech buyers engage with between three and five pieces of content before they even consider making contact with a sales representative."

Once you’ve used your marketing to create both the impression that A) you’re honest about what it is you’re offering, and B) what you’re offering is of a high enough quality to live up to the promise you’re making, you have the two key ingredients necessary for trust.

Another study that was put together by the team at authenticbrandindex.com found a very strong correlation between the level of trust that a company is able to convey and the likelihood that its customers become advocates for that particular brand. Especially for an industry like managed services, this is one of the major keys for long-term success. The best marketer is the objective marketer — meaning, one who has absolutely no connection to your brand in the traditional sense. Someone who isn’t getting paid, who has no reason to be so passionate — but who can’t help it all the same. This is the type of feeling that your marketing can inspire within your audience (provided that your service lives up to the hype, of course), and that’s another critical reason why marketing just isn’t about “selling” anything anymore.

"If you’re only looking at your marketing as a way to sell services, you’re tapping into about 1 percent of its full potential. Maybe less."

Brands that are considered to be highly authentic (read: trustworthy) also get a bigger share of high-value customers than those that aren’t, as per that same authenticbrandindex.com study.

What do all those things have in common? Trust.

When you also consider that it costs far more to bring a new customer into the fold (this according to a detailed report put together by invespcro.com) than it does to just retain an existing one, it’s easy to see why trust is so important to what you’re doing.

Now, that’s not to say that acquiring new customers is something you should ignore. Obviously you need a steady stream of new customers for growth purposes. But in terms of your long-term success, satisfied existing customers form the foundation upon which everything else is built, and you need that foundation to be as strong as possible.

If you can use your marketing as a medium to establish trust between you and your audience (which, as we’ve covered, is something that you do by education and through other means), there really is no limit to what you can leverage out of that relationship in the future.

Remember that we’re living in an age where, according to a recent Demand Gen report, roughly 47 percent of modern tech buyers engage with between three and five pieces of content before they even consider making contact with a sales representative. They’re not doing this because they want to — they’re doing it because they need to. Because they need to trust both you and your product before they’re willing to take this relationship further, and they’re only willing to get to that point on their own terms.

If you can’t use your marketing efforts to get to this point, you might just get yourself a sale — but you can all but guarantee that this is where things are going to end. Ask yourself what you would rather have, at the end of the day — a one-off sale or the type of mutually beneficial relationship that you can count on for the next 10 years?

It might help to think about all of this within the context of another one of the biggest marketing machines on the planet: Hollywood. Why is it that people passionately follow the careers of some directors and screenwriters over others? Why do you know names like “Steven Spielberg” and “Aaron Sorkin,” but you have no idea who directed a movie like “The Lone Ranger?” (It was Gore Verbinski, for the record. Cut him some slack, “The Mexican” was great.)

It’s because the filmmakers you know did more than just try to shove “Generic Action Movie 11” down your throat to make a quick buck. Spielberg made “Jaws,” “Raiders of the Lost Ark,” and “E.T.” Sorkin wrote “A Few Good Men” and “The Social Network.” Quentin Tarantino made “Pulp Fiction.” The list goes on and on.

Those filmmakers made you a promise that they delivered time and again. On the back of that promise came trust, and on the foundation of that trust came a relationship — and the reason why you’ll go see every David Fincher movie from now until the end of time without thinking twice about it.

Marketing is a lot like that, just without the explosions and occasional three-page monologues.

In the end, it’s important to look at your customers as more than just a potential sale or a line item on a financial sheet somewhere. You’re not trying to convince them that it’s the right idea to give you money — as I said, you’re trying to establish a true, genuine relationship with these people in every sense of the term.

No relationship can survive without a solid foundation of trust — that’s true in any type of business you can think of, and it’s very much true in our personal lives, too. You can have a customer without trust, sure. But you can guarantee that they won’t be a customer for very long. Because the minute someone else comes along with an offer that’s a bit more enticing, they won’t even think twice about heading across the street into the arms of a competitor.

The loyalty that you need just won’t be there.

Without trust, you don’t have a relationship. Without a relationship, you have nothing. That’s why your marketing can’t just be about selling things. At least, not anymore.

NATE FREEDMAN is the owner of Tech Pro Marketing, where he helps MSP businesses win new customers with digital marketing.