IT Resellers Look Back At Solid 2017 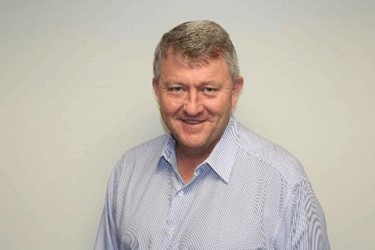 Joint OneAffiniti and vendor surveys of a total of 504 channel partners show that resellers on the U.S. market saw a better-than-expected 2017 with 86.3 percent of surveyed resellers reporting stable (44.8 percent) or increased (41.5 percent) revenue. These positive results came as partners responded well to the hottest topics of 2017, being IT Security and Cloud migration.

The insights into channel trends were sourced through multiple surveys that OneAffiniti conducted throughout the year (sometimes together with major IT brands). These continual surveys helped it keep the pulse of the evolving challenges and opportunities for IT resellers. These insights help OneAffiniti craft and finetune automated direct marketing campaigns for the channel that yield maximum results in terms of increased revenue for both its IT brands and their channel partners.

“2017 was clearly better than expected. We have not seen the rapidly accelerated consolidation in the sector as some had expected. Better yet, 41.5 percent of the channel partners in the U.S. have actually seen revenue increase over 2017. The channel stood its ground in 2017.” says Michael Heldebrandt, VP and U.S. Manager for OneAffiniti.

Security services top the list
Throughout 2017 American IT resellers saw a high demand for security related services, which comes as no surprise given some of the high profile data breaches reported in the media this year.

A OneAffiniti survey (1,986 North American respondents of which a majority American) found that IT buyers wanted security related products and services more than anything else in 2017. Thirty-two percent of those who make or influence IT purchasing decisions for their companies reported buying software related to security, putting it just ahead of operating systems (30 percent). Other top areas of investment included backup (27 percent), productivity (25 percent) and database (24 percent).

“SMB’s are rightly concerned about the security of their systems. We see here huge potential for resellers who advise their clients on the right products and services to protect themselves.” says Heldebrandt.

A OneAffiniti survey (471 respondents) found that 68 percent of American resellers saw the cloud as a sales opportunity. A small minority of 7 percent saw it as a threat and 25 percent was undecided. The three reasons given by resellers on why they view the cloud as an opportunity included:

The reason why cloud services are bought by SMB’s are mostly (in order of importance) backup and recovery (which is related to security concerns), email hosting and application hosting.

“The cloud is not a menace to the channel. We see that IT resellers are increasingly becoming aware of how they can help educate their SMB customers on the cloud and offer them their own value-added services surrounding it.” says Heldebrandt.

About OneAffiniti
OneAffiniti offers IT resellers hands off, sophisticated marketing services fully funded by the largest IT brands in America. Through a mix of high-quality digital marketing, innovative content, promotions, and insights OneAffiniti helps IT resellers acquire new clients and engage their existing customers.

The company was founded in 2008 in Sydney, Australia and has operated in the U.S. since 2015, when it opened offices in Austin, TX. The company has a worldwide staff of 65, of which 15 are in Austin. OneAffiniti serves 2,000 channel partners in the U.S., a total combined network that reaches 2,500,000 IT buyers each month.