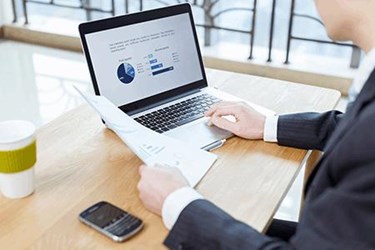 TOPdesk, an IT service management and helpdesk software company, was founded in the Netherlands in 1993 and has ten international branches, including a US headquarters in Orlando opened in 2015. The original version of TOPdesk was released in 1994 on an MS-DOS interface with no menus and only two modules. Today, the company has more than 600 employees and 5,000 customers, $39 million in annual sales, and a 10 percent annual growth rate. ISVinsights.com asked Nancy Van Elsacker Louisnord, president of TOPdesk US, to share her insights on the company’s new customer engagement platform and its shift to releasing solutions to users in real-time.

ISV Insights: What prompted this release? 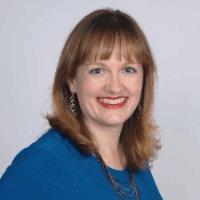 Van Elsacker Louisnord: The previous process for how new additions and improvements made it into TOPdesk’s software was not very clear for customers. It had been a very internally focused process where we kept customer feedback as a leading factor, but that was not how it was perceived by our customers. We wanted to make the process more transparent for them so they could really feel like they were and become a part of future innovations in TOPdesk. The Innovation Platform release was a second part of our path to better transparency, which started by publishing our roadmap first.

ISV Insights: How was TOPdesk collecting and evaluating user feedback prior to this rollout?

Van Elsacker Louisnord: Prior to this roll out, if a customer had an opinion on our product or wanted to request a change to it, they would have to get in touch with one of our representatives personally who would then pass it on internally. Unfortunately, there was no insight at all for the customer about what was done with the feedback apart from the confirmation that their request had been received.

ISV Insights: Instead of building out this new feature, why not just conduct an NPS survey or use a simpler method to engage with customers?

Van Elsacker Louisnord: The Innovation Platform allows us to get a more accurate and in-depth look at what our customers want than an NPS survey does. While an NPS survey gives you a simplified number, it doesn’t do much to answer the question of “why.” By asking that simple question we get a more qualified look into the problem and, thus, what to create to solve it. Also, the current solution enables customers to see what other TOPdesk users are requesting and they can even prioritize what they want.

ISV Insights: How do you think this will impact TOPdesk’s customer satisfaction and/or overall growth in the long term?

Van Elsacker Louisnord: At TOPdesk, one of the things we pride ourselves on is our happy customers. And as cliché as that sounds, we truly believe that. If there is a way to make the everyday user experience of TOPdesk easier to navigate, or less stressful, then we are going to make that available to our customers. Their work load and jobs already keep them busy, and we never want to add extra stress onto their day if there is an opportunity to take it away.

ISV Insights: How did you manage the project? Was it a specific member of the executive team who spearheaded it, or a team of people?

Van Elsacker Louisnord: Like most of the projects at TOPdesk, this one started in a very agile way from the bottom up. This time the project involved team members from support, consultancy, and product management. It is very typical within TOPdesk that employees get the freedom to take initiative where they see improvement is needed, and the executive team enables that. After a preliminary evaluation, the team was given a go ahead to pursue the project further and it was not too long after that they started a beta test of the project.

On Transitioning To Continuous Product Deployment:

ISV Insights: What is the strategy behind releasing solutions to users in real-time? Why do you prefer this real-time rollout instead of working out the bugs in beta mode?

Van Elsacker Louisnord: The shift to a continuous delivery model where updates are pushed weekly or even daily for us really was implemented to future-proof ourselves. This model has been around for years in consumer software – such as with Facebook and Netflix – no person knows what version they are actually on as it goes out automatically. So a shift to this model for business software was bound to happen, and we wanted to be on the forefront of that evolution. It also gave us a solution to one of the frustrations internally and from clients about the slow speed of development: In the old waterfall approach, things that had been developed would sit on the shelf for a couple months to wait for a new version release. Now, as soon as something new has been created, it is immediately rolled out to our customers. This enables us to get direct feedback and improve the software a lot faster while keeping the quality up.

ISV Insights: What kind of pressure does this put on your developers? How do you ensure they can handle the continual releases?

Van Elsacker Louisnord: The impact and responsibility of a developer increased as they now have to constantly think about testing what they are building. When there is a new build of the product every day and something they created does not work, there can be no future builds until any issues are resolved. So the development process has adapted to that and we have put in some extra controls to cope with these changes.