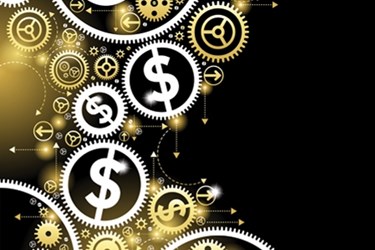 It could be that 2015 is a turning point year for female empowerment in business. Female executives and professionals are rallying behind the banner of “Lead #LikeAGirl,” providing resources, support, and mentorship for other women in business, in the process creating an extremely powerful network of professionals with the same goal.

The Lead Like A Girl initiative, according to the initiative’s website, is a conversation designed to empower women to take their place among leadership roles. The initial campaign was created as a vision for the world where women can live authentically, unfiltered lives, make work fun and meaningful, and align mind, body, and business.

According to a DDI blog post, The Global Leadership Forecast 2014|2015 (GLF) from DDI and The Conference Board finds 42 percent of new global leaders in business and industry are women. While women outnumber men in college graduation rates and are earning entry-level jobs in fields previously dominated by men, they remain outnumbered in the ranks of leadership. At the same time, the business case for gender diversity has never been stronger. That same global study finds organizations with more women consistently perform better financially. Companies in the bottom 20 percent of financial performance had only 19 percent women in leadership positions; companies in the top 20 percent have 37 percent female leadership.

In addressing the issue of what is holding women back, broadcasters and authors Claire Shipman and Katty Kay point out in their book The Confidence Code (2014) that confidence is a key differentiator, stating “men think they can and women think they can’t.”

And now, in the spirit of Lead Like A Girl, Sandra Fathi, president and founder of Affect, a PR and social media firm, has gathered a coalition of female C-level executives across a wide range of tech companies to provide insight and advice from their own professional journeys to their current positions. These women are also a resource for mentorship, learning how to lead with compassion, embrace failure, and overcome fears.

As a Tech Affect blog post by Fathi notes, among the admirable traits held by these elite women are the ability to lead by inspiration and example; lead with compassion; and lead by sharing the wealth and knowledge. One way to Lead Like A Girl is to lead by example and inspire team members to do their best work, rather than employing the stick or fear tactics to get things accomplished. The blog post explains, “Female leaders exhibit a passion that is infectious and others want to rise up meet high expectations to prove it to themselves and the leaders they admire.”

And these successful women are not afraid to share their missteps and personal struggles to help others avoid them. And, she says, these role models “also aren’t content to stand on a pedestal alone but are often extending a hand to pull others up with them.”