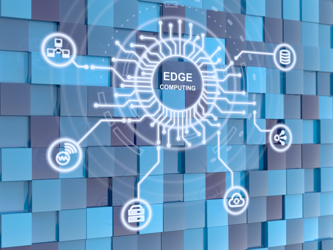 Remember ten years ago (2009)? Facebook was this fairly new thing that all the kids did, and mom and dad were recently exposed to. Twitter was 140 characters of new hotness. And then there was this buzz word that everyone used called “cloud.”

Fast-forward to 2019. Grandma and Grandpa have joined the crowd on Facebook. The kids have added new platforms like Snapchat and Instagram to their social routine. Twitter is 280 characters of wittiness, news and entertainment. And that “cloud” buzzword is a part of everyday life. Everyone uses a cloud technology in one form or another, even though they may not know it. The current day buzzword that will have a similar impact is “Edge compute.” Edge compute is, simply put, a trend that is pushing the compute power of the cloud closer to the end user. This makes sense from couple of different aspects. First, it reduces the latency between the end use and the compute resource (i.e.; cloud or servers). Second, it reduces the bandwidth across the Internet by placing the compute in closer proximity to the end use. This white paper will explore Edge compute and some of the physical infrastructure impacts it will have and will call out the four environments of Edge compute deployments.