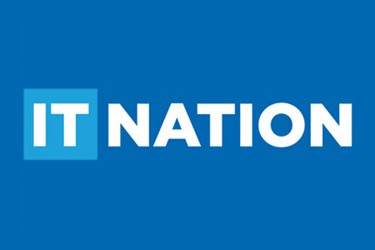 At the top of the New Year, ConnectWise and HTG Peer Groups collaboratively announced that the former was acquiring the latter. Among the HTG associate, member, and greater MSP communities, the news incited a lot of speculation about the future of the HTG empire led by Arlin Sorensen and family. This week, the speculation was put to rest. HTG is now IT Nation Evolve, a new brand that reflects the Arnie Bellini-inspired ConnectWise flavor of channel community building.

I spoke with Pete Sorensen, former managing director of HTG Peer Groups and newly-appointed VP of IT Nation, about the organizational and programmatic changes we can expect in the wake of the rebrand. Our conversation revealed that as the peer group experience goes, there will be little in the way of shellshock. Sticking with the talking points that followed the acquisition announcement in January, Sorensen told me that peer group members can expect continued enhancement to peer sharing and accountability programming at IT Nation Evolve’s quarterly meetings, crediting an expansion of resources resulting from the ConnectWise ownership.

One possible byproduct of those expanded resources for IT Nation Evolve staffers (the incredible green-bleeding employees of HTG in and around the organization’s Harlan, IA headquarters) might be relief from pressure to sell memberships and ancillary services and programming. When it was an autonomous business, HTG was self-reliant on driving and retaining its member base and revenue. While there’s no doubt—given the longstanding prerequisite that HTG members use ConnectWise manage—that the group will serve as one tip of many spears in the ConnectWise sales arsenal, Sorensen told me that his IT Nation Team won’t be beholden to ConnectWise revenue targets. “We don’t exist to drive up the bottom line,” said Sorensen. “Our mission is less about revenue than it is providing a higher level of connectedness within the ecosystem, aligning the IT Nation more closely with other ecosystem partners, and keeping the pipeline full,” said Sorensen.

Those extra resources will also feed the international expansion of the peer group, which HTG has been building incrementally for the past few years. Hot spots for that growth are focused on Australia, New Zealand, and the UK.

While we don’t expect major disruption to peer group programming, the bigger news coming out of the announcement is the expansion of the IT Nation brand, which reflects ConnectWise CEO Arnie Bellini’s continued effort to see to it that his company is recognized as the lead shepherd of the MSP flock. Moving forward, the IT Nation moniker will be attributed to all ConnectWise community events. Here’s the breakdown:

While Sorensen will preside over all four branches of the IT Nation tree, he says Andre Gilmore, former Senior Consultant at HTG Peer Groups, will serve as the day-to-day lead for IT Nation Evolve and IT Nation Share. ConnectWise Community Manager Susan Sawyer Rhodes and Corie Leaman, community manager for IT Nation events, will also play leadership roles, as will Brad Schow, former COO at HTG and current VP of Consulting for ConnectWise.

Stay tuned to Channel Voice: The Channel Executive Podcast for more insight into the legacy of HTG and the future of IT Nation Evolve, straight from HTG patriarch Arlin Sorensen, an upcoming guest on the show. For more information on the new branding and organization of ConnectWise events, visit connectwise.com/theitnation.