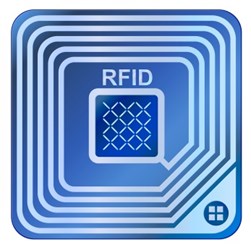 Despite the best efforts of medical workers and administrative staff, preventable medical errors remain a fact of life. Providers can write prescriptions incorrectly, clerks may transcribe or record inaccurate information, and managers can make suboptimal decisions based on inaccurate data.

New applications of existing technology may help. Industry experts are finding ways to use RFID — which has been used to great success in industries like retail, warehousing, and logistics — in systems that can reduce the risk of medical error. Some of them are already being used in hospitals — often to great effect.

Before the system was implemented, a pharmacy technician needed to take the used medical tray and replace it with a new, sealed one ever week. Next, the technician would need to verify that it was stocked with the correct medications and that each one had the right expiration date.

This system relied on paper records and required significant administrative labor from the pharmacy technician, who was responsible for much of the time-consuming and tedious record-keeping. As a result, there was the potential for mistakes in both the restocking and record-keeping process. It also made data capture more difficult for the hospital.

The new system, which used RFID-tagged medication containers, removes many of these obstacles. Each of the medications is tagged, allowing pharmacy technicians to simply scan them in when they replenish a tray. If the technician selects the wrong medication, the system will automatically notify them of their error.

As a result of implementing the RFID tray management system, New York-Presbyterian Brooklyn Methodist Hospital was able to redeploy some of the pharmacy techs. The hospital went from 4.6 to 2.6 people dedicated to replenishing medical trays while adding automated checks to help reduce the risk of medication error.

RFID-based tray management systems have been effective elsewhere. At New York General Hospital, a similar change "eliminated the risk of error" in the restocking process. A study on NYGH's application of the system estimated that nearly 1,700 tray errors were avoided as a direct result of the RFID tray management system.

RFID has also been used to keep tabs on patients and improve the accuracy of patient counts. Often, censuses are updated manually by hospital clerks when someone checks out. As a result, if no clerk is present to update the system when a patient leaves, then the census will remain inaccurate for some time. This can result in administrative staff basing decisions — like how many nurses to assign to the short-stay unit — on bad data, resulting in over- or understaffing.

RFID tracking systems, by comparison, can automatically update patient counts when someone leaves the hospital. This improves accuracy and also reduces the workload of clerical staff.

RFID systems may also be effective in tracking patients who have Alzheimer's disease or dementia, and who may be at a risk high of elopement.

Hospitals also have  used RFID to help keep staff compliant with hospital procedures — like the right handwashing frequency. These systems take advantage of RFID tags embedded in staff badges to keep track of the work everyone does and when they wash their hands.

Good hand hygiene is especially important for medical staff who are working with immuno-compromised patients, as they have a much harder time fighting off common infections that can be transmitted as a result of noncompliance with hand hygiene standards. This is especially vital during pandemics, such as the current COVID-19 crisis.

Value-added retailers are in a great position to benefit from these new RFID applications, especially those that sell or have sold more conventional ID tech, like bar code systems.

However, RFID systems are less straightforward than these more traditional ID systems and can be harder to sell as a result. While there are significant benefits for medical providers, you may have to first convince them that RFID tech is a big step up and that it isn't particularly difficult to train staff in its use.

You'll also need to know how to sell the correct RFID application for a client's needs.

RFID isn't an all-in-one solution — buyers have a range of options to choose from. There are passive tags, active tags, a variety of readers and different RFID platforms available. This variety is good in that the more options there are, the more likely there's a combination perfect for a client's needs. However, this also means you'll need to familiarize yourself with the options available, understand how they interact and be able to devise the right setup for a given application.

RFID will require some level of foundational knowledge about radio waves and factors that can impact performance. For example, RFID signals will be disrupted if the tag is attached to a metal object or placed underwater. Vendors should be aware of these limitations when selling an RFID system to a client so they can ensure the most functional setup possible.

This will take some work and research. However, you'll be better equipped to sell the right RFID system to a client.

Medical errors remain a possibility in every aspect of healthcare, despite the best efforts of workers. Fortunately, new tech like RFID systems can help reduce these risks.

RFID systems are already being used in multiple ways at hospitals throughout the country. RFID-tagged medication can make medical tray management much simpler for pharmacists and may reduce the risk of mistakes during the tray restocking process. RFID systems also can be used to keep better track of patients, ensuring the most accurate possible count and preventing elopement.

Some systems are even being used to make sure medical workers are washing their hands as required by hospital standards. These systems can help ensure proper hand hygiene, reducing the risk of preventable transmission of bacteria and disease.

RIFD technology makes for a good line of defense against potential medical errors and can ease the worries of both patients and healthcare workers alike.

Megan R. Nichols is an industrial writer for sites like Thomas and IoT Evolution World. Megan also publishes easy to understand manufacturing articles on her blog, Schooled By Science. Keep up with Megan by subscribing to her blog.